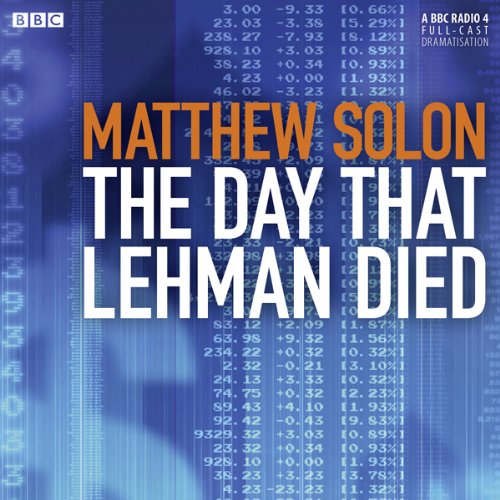 The Day that Lehman Died

The Day that Lehman Died

Written by Matthew Solon and directed by John Dryden

On September 15, 2008, Lehman Brothers, one of the oldest and largest investment banks in the world, with its headquarters in New York, filed for Chapter 11 bankruptcy protection. It was the largest bankruptcy filed in US history and sent the already unstable global financial markets into an uncontrollable tailspin. Based on insider interviews, this 60-minute radio drama is a fictionalised reconstruction of what happened in one weekend.

What listeners say about The Day that Lehman Died

Quite interesting take on the day lehmans died but way too short to actually say much.

I knew absolutely nothing about the downfall of Lehman Brothers before I stumbled upon this little audiobook, but once I started listening I couldn't stop. The writing and performances were really top notch and the banking powers that be actually came across as human. (Well, almost.)