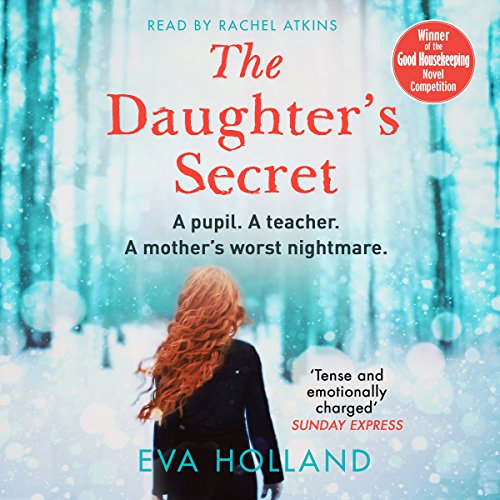 Eleven days in the life of a mother as she tries to navigate herself and her family through the aftershocks of a scandal. Six years ago, aged 15, Rosalind's daughter, Stephanie, ran away with teacher Nathan Temperley, triggering a media frenzy and resulting in Temperley's arrest and imprisonment.

Although the family - Rosalind; her husband, Dan; Stephanie; and son Freddy - don't talk about what happened, their lives have been shaped by it and everything that came after. When Rosalind discovers that Temperley is about to be released from prison, she's forced to reexamine the events of six years ago.

What listeners say about The Daughter's Secret

I thought the story was shallow! Ending rubbish and couldn't wait to finish it, narrator was good.

Which character – as performed by Rachel Atkins – was your favourite?

Rosalind because it was from her view point.