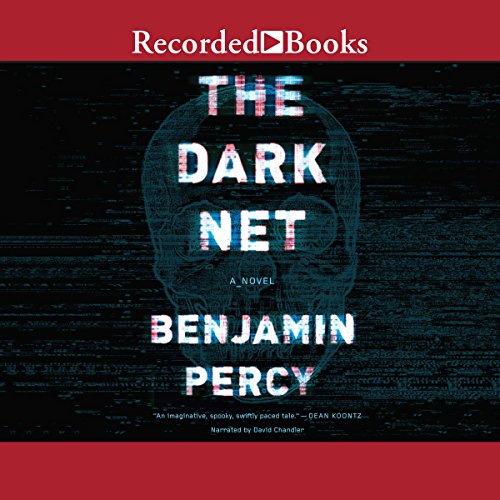 Hell on earth is only one click of a mouse away in acclaimed writer Benjamin Percy's terrifying new horror novel.

The Dark Net is real. An anonymous and often criminal arena that exists in the secret, far reaches of the web, some use it to manage Bitcoins, pirate movies and music, or traffic in drugs and stolen goods. And now an ancient darkness is gathering there as well. These demons are threatening to spread virally into the real world unless they can be stopped by members of a ragtag crew.

Twelve-year-old Hannah, who has been fitted with the Mirage, a high-tech visual prosthetic to combat her blindness, wonders why she sees shadows surrounding some people. A technophobic journalist named Lela has stumbled upon a story nobody wants her to uncover. Mike Juniper - a onetime child evangelist who suffers from personal and literal demons - has an arsenal of weapons stored in the basement of the homeless shelter he runs. And Derek, a hacker with a cause, believes himself a soldier of the Internet, part of a cyber army akin to Anonymous. They have no idea what the Dark Net really contains.

What listeners say about The Dark Net

Story full of holes. Sorry but narators voice really got on my nerves. The epilogue was the best chapter. not for me but we are all different.

Not a bad story, a little pedestrian at times. From the description I had hoped for something a little less ‘creature feature’ but it was entertaining enough to finish

Convoluted &/or inaccurate description given-or I wouldn't have bought it. Maybe an interesting read for a 13 year old boy. Returned.

No obvious center characters 1/3 into book

I tried to finish this book, I really did. A third of the way through the book I'm not sure who the main characters are. I have no character that I'm emotionally invested in. There's action and intrigue, but I can't even tell you what's going on.

The narrator was great, but the overall audio was choppy. There were awkward pauses throughout the entire book and the volumn was way too low. The story itself was ok, but i feel like they should have picked a genre. As it stands it is not really a tech thriller, but also not true horror. I didn't hate it, but i didn't love it either.

I wanted to like this book -- it had everything I could have wanted for a binge-listen. But the narration is dull and overly emphatic and the story is predictable and lackluster. Good try, but not for me.

A thriller should grab you from the beginning. Or at least beguile you enough to want to keep listening. Or be so well-performed that listening is a pleasure. This audiobook didn't engage me in any of these ways. I stopped listening after about 20'.