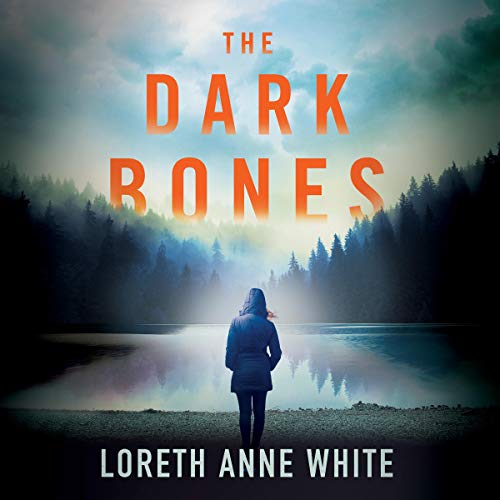 By: Loreth Anne White
Narrated by: Emily Sutton-Smith
Try for £0.00

She’s come back to solve the mystery of her father’s death and confront her own dark past.

When Detective Rebecca North left her rural hometown, she vowed never to return. Her father’s apparent suicide has changed that. The official report is that retired cop Noah North shot himself, knocked over a lantern, and set his isolated cabin ablaze. But Rebecca cannot believe he killed himself.

To prove it, she needs the help of Ash Haugen, the man she left behind. But Rebecca and Ash share more than broken hearts. Something darker lies between them, and the investigation is stirring it back to life. Clues lead them to the home of Olivia West and her deeply troubled 12-year-old daughter, Tori. The child knows more about the murder than anyone can imagine, but she’s too terrified to say a word.

And as a cold-blooded killer resurfaces from the past, Rebecca and Ash begin to fear that their own secrets may be even harder to survive.

What listeners say about The Dark Bones

My first time with this author and I couldn’t stop listening it was riveting!
I shall now search to see if there is more, five stars on everything and if I could I’d give it 10!

So good. Good story told so well. Must check out other books by this author and narrator.

Excellent storyline, well read. The characters are believable and come to life in the narrative

This book was so hard to enjoy because the narration was utterly pants. It just never gets better. I’m glad this book is over and I will also from now on test a sample before jumping in.

I don’t get it

Seriously, did I listen to the same book as all the people who gave it great reviews? I hate to write such a bad review but I feel I owe it to the people contemplating buying this book. The narrator sounds like a robot. It’s hardly a mystery or thriller. It’s a wannabe edgy romance at best. There are so many unnecessary detail in this book. Also, it seems like the author threw in risqué language and subjects like rape and molestation, which were completely pointless to the story, in an effort to shock readers. I am not shocked easily so it wasn’t the subject matter or the words that bothered me. What bothered me is that there was absolutely no point to add those details to the story. This story is way too many hours of “regrets” and “longing” and “I hate you” turned into “I love you” two sentences later. When all was said and done, I felt like I just got done watching a cheesy, adult episode of scooby doo. You get to the end and the bad guy turns out to be absolutely no one worth caring about and you feel like you missed something really important in the middle but turns out it’s just a terrible story.

Please do yourself a favor and pick a different book. I wish I did.

This is not my normal genre but I've been in a book funk so decided to go for something completely different and I really enjoyed it. I stayed awake way past my bedtime finishing this one. I loved the way the story unraveled and I changed my mind a few times about who did what. The characters were realistic and I found myself rooting for them and hoping none of them were going to disappoint. I will say i'm a little sad that I didn't check Goodreads first because Audible doesn't have this book listed as part of a series so now I have to listen to them out of order. The ending was exactly what I needed it to be. I will be adding this author to my list for sure.

The narration was perfect. I really enjoyed her voices for all the different characters.

This is a well written book and a very good follow up to A Dark Lure (the 1st in the series). Although this is a good series, this book works well as a stand alone.
In this book the protagonist (Olivia West) leaves home twenty years before the events in this story bring her home. As a young woman her boyfriend slept with another, possibly getting her pregnant. It's been unclear since then what happened to that woman and her boyfriend.
Olivia West's father (a retired police officer) has been working on cold cases and he thinks he's into the truth. Before he can tell Olivia, he commits suicide. The problems begin when Olivia comes to town and sees a murder, not a suicide.
If you have kindle unlimited this book is FREE to borrow with the kindle edition.
Emily Sutton-Smith does an outstanding job narrating.
HIGHLY RECOMMENDED.
If you found this review helpful please indicate so.
Thank You.

Really good book and worth your time!

This does start out a little slow as it builds the characters and weaves the story but it picks up speed and doesn't slow down until the end. The character development and mindsets based on their ages are true to life. There is a bit of language and sexual tension but nothing graphic. The writer doesn't shy away from the abuses many criminals are willing to inflict. There is about a 2 minute blurb where the author allows a bit of political bias show but overall, it is thoroughly enjoyable to listen to. I definitely avoid books where the author feels the need to preach their political biases instead of focusing on writing a good story.

I have read other books by Loreth and will continue to do so!

The story line was completely predictable and just took forever. It felt like I was waiting for "the good stuff" throughout the entire book.

The drama was wayyy overdone. Every moment was some big, emotional struggle for any given character. The main characters can't even pour a cup of coffee without some deep moment of relfection or mental turmoil. How many times do we have to read/hear about someone's deep, dark eyes full of heartbreak and longing? How their heart felt like it was sinking into a deep cavern so for beneath the earth that it may never be found?

The performance was fine but the narrator can only do so much with the material she was given.

If you like Romances, you’ll probably enjoy this book. If you’re looking for an engaging murder mystery, the two protagonists’ constant exploration of their emotions—even when they have seconds to save someone’s life—will drive you crazy. Oh, and then there’s the part where RCMP Rebecca North thinks her old boyfriend is a serial killer, and calls a team of cadaver-sniffing dogs to his property. But as soon as she finds that he really didn’t father the baby of the murder victim, she starts feeling all warm and fuzzy towards him again. Sheesh. But, if you like romance, it will all work out just the way you want it to.

I got about half way through and realized I had no clue what was going on bc the book simply couldn't hold my interest long enough for me to care.
wouldn't recommend.

It was just boring from the beginning. There were so many descriptions - such as carhartt caps - that aren’t needed. I tried to listen to the book until the end but on the half way decided that this book just isn’t for me

I am very glad that I listen to this book rather than read it. It was beautifully written with great prose. However, there were many instances where the author described something in 3 paragraphs that should only have taken one. I thought much of it was just too flowery.

The Past Doesn't Stay Buried Forever

Loreth Anne White is one of my favorite authors. I love all of her books. Her characters are memorable and the suspense is always outstanding!

The Dark Bones is the second book in the Dark Lure series (The Dark Lure was FANTASTIC). The main character is Rebecca North. She's a Royal Canadian Mounted Police detective who moved out of her rural hometown of Clinton, Canada as soon as she could after her boyfriend Ash Haugen broke her heart.

Rebecca's dad is a retired detective. He's an alcoholic and he lives by himself. Out of nowhere, he calls Rebecca and tells her that he believes someone is following him and he wants to see her. He has been reviewing a cold case and he wants to know why she and Ash lied to him so many years ago. Rebecca knows this has to be about Whitney Gagnon who had slept with Ash and had left town with her boyfriend Trevor Beauchamp. Rebecca tells her dad she will call him back. Next thing she knows, she gets a call. Her dad has killed himself. Rebecca can't believe it. She comes home to investigate. She believes her father has found something about the disappearance of Whitney Gagnon and Trevor Beauchamp and someone killed him for it.

Emily Sutton-Smith was amazing with the delivery of the story