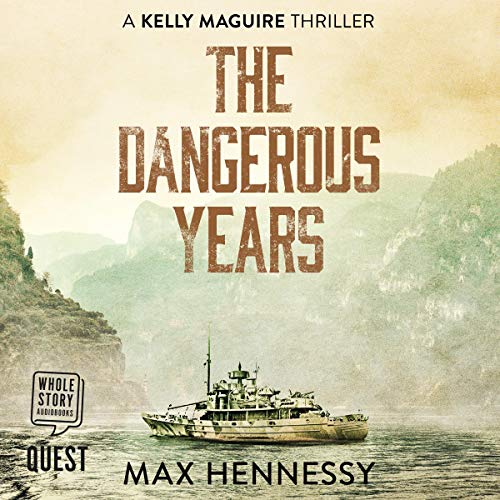 By: Max Hennessy
Narrated by: Christopher Weeks
Try for £0.00

An awe-inspiring tale of adventure and war, The Dangerous Years is a thrilling historical audiobook perfect for fans of David McDine, Alan Evans and Alexander Fullerton.

Hero of Jutland, Kelly Maguire progresses rapidly through the ranks during the dangerous post-war years, despite the government’s decision to cut down the navy. He eventually finds himself in Russia during the civil war, when the navy manned armoured trains to rescue thousands of terrified White Army men, beset on all sides by disease and the rampaging Red Army. From Russia he moves to China and is involved with a gunboat incident on the Yangtze. His military and romantic resolve are tested to their limit when he must choose between his childhood sweetheart and a marriage with a wealthy aristocrat. From old enemies to old flames, Maguire will once again have to prove his worth - and continue his journey up the ranks of the British navy.

What listeners say about The Dangerous Years

Max Hennessy takes his hero through the years between 1919 up to the mid 1930's and the British Navy's dire times through the depression. Ultimately bringing great change in both the Navy and his heroes circumstances. A great listen and leaves you wanting to listen to the final book.

His pronunciation of names spoiled it. Rosyth was Rosith, Harwich pronounced as you read it. Russian icon was ikon. A few more but surely someone could have told him after the first book.