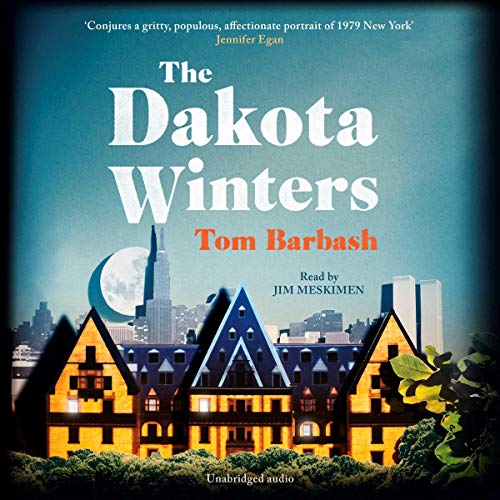 By turns hilarious and poignant, The Dakota Winters is a family drama, a compelling social novel and a tale of a critical moment in the history of New York City in the year leading up to John Lennon’s assassination.

It’s the fall of 1979 when 23-year-old Anton Winter, back from the Peace Corps and on the mend from a nasty bout of malaria, returns to his childhood home in the Dakota in New York City. Anton’s father, the famous late-night host Buddy Winter, is there to greet him, himself recovering from a breakdown. Before long Anton is swept up in an effort to reignite Buddy’s stalled career, a mission that takes him from the gritty streets of New York to the slopes of the Lake Placid Olympics, to the Hollywood Hills, to the blue waters of the Bermuda Triangle and brings him into close quarters with the likes of Johnny Carson, Ted and Joan Kennedy and a seagoing John Lennon.

But the more Anton finds himself enmeshed in his father’s professional and spiritual reinvention, the more he questions his own path, and fissures in the Winter family begin to threaten their close bond.

"This is a crazily charming novel.... I wanted to begin a new life in these pages, with these characters. I wanted to trade worlds with them. This is a wise and seductive story that feels truer than true, as only the very finest fiction does." (Walter Kirn, author of Up in the Air)

"A thought-provoking time capsule...if you were a fan of TV’s Mad Men, you might very well love this novel as much as I did." (Wally Lamb, author of She’s Come Undone)

"Deft, funny, touching, and sharply observed, a marvel of tone, and a skillful evocation of a dark passage in the history of New York City, when all the fearful ironies of the world we live in now first came stalking into view." (Michael Chabon, author of Moonglow)