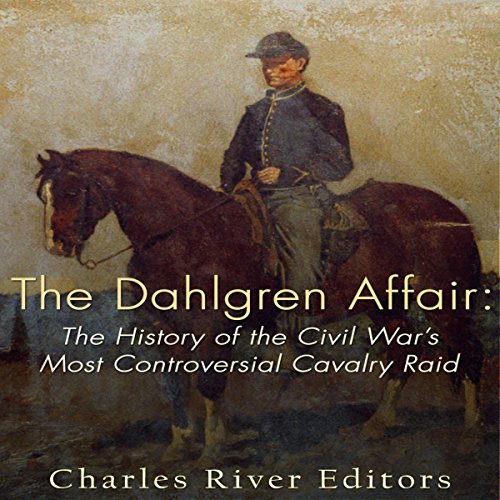 Failing to secure the capture of any major northern cities, or the recognition of Great Britain or France, or the complete destruction of any northern armies, the Confederacy's last chance to survive the Civil War was the election of 1864. Democrats had been pushing an anti-war stance or at least a stance calling for a negotiated peace for years, so the South hoped that if a Democrat defeated President Lincoln, or if anti-war Democrats could retake the Congress, the North might negotiate peace with the South. In the election of 1862, anti-war Democrats made some gains in Congress and won the governorship of the State of New York. Confederates were therefore hopeful that trend would continue to the election of 1864.

It's now often forgotten that Lincoln's reelection was far from a foregone conclusion, and the fighting in 1864 would be desperate in both the East and West. The Overland Campaign that Ulysses S. Grant launched against Robert E. Lee's Army of Northern Virginia would be an extremely costly stalemate, so Lincoln's fate may have rested in the hands of William Tecumseh Sherman, whose successful Atlanta campaign shortly before the election may have been the decider.

As controversial as the Overland Campaign and the March to the Sea were, however, the most controversial event of that year took place before either campaign. In March, skirmishing between the two sides' cavalry outside of Richmond left one 21 year old Union colonel, Ulric Dahlgren, dead, and when a young Virginian went through the items on his body, the orders that were found seemed almost too unbelievable to be true: "The men must keep together and well in hand, and once in the city it must be destroyed and Jeff. Davis and Cabinet killed."

When the papers on Dahlgren's body made their way to Confederate officials, the leaders decided to publicize them, leading officials in the North to denounce the papers as forgeries. Over 150 years later, the authenticity of the papers is still widely debated among historians. While most in the North dismissed the papers (and Dahlgren's father would work to clear his son's name for the rest of his own life), Union General George Meade questioned Judson Kilpatrick, the cavalry commander in charge of the raid, and he came away with the belief that at the very least, Kilpatrick had signed off on the conspiracy to assassinate the Confederate leadership. Nonetheless, he relayed to Lee that "neither the United States Government, myself, nor General Kilpatrick authorized, sanctioned, or approved the burning of the city of Richmond and the killing of Mr. Davis and cabinet."

Although it still remains one of the Civil War's most enduring mysteries, modern historians now mostly believe the orders were authentic, and that the responsibility for the plan may go all the way up to Secretary of War Edwin Stanton. Moreover, some of them, including noted historian Stephen Sears, believe that the Dahlgren Affair may have been one of the primary reasons John Wilkes Booth devised his own conspiracy to assassinate President Lincoln. That conspiracy, of course, would be far more successful than Dahlgren's.

What listeners say about The Dahlgren Affair