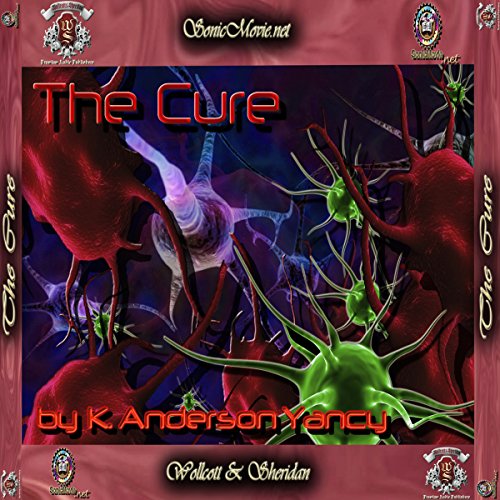 On the day of his execution for the murder of his wife - a nanogeneticist ithe midst of developing a medical system that could cure nearly every disease and make death a thing of fables - a man confesses that he did not kill her because he was jealous of her accomplishments, but because her system was not the greatest gift humanity could ever have, but the greatest curse.

SonicMovies are premium audios with strong vocal performances enhanced by music and sound effects to such an extent they sound like movies, hence, SonicMovies. Presented by Wollcott & Sheridan (WSAPL.com) / SonicMovie.net & K. Anderson Yancy.

What listeners say about The Cure