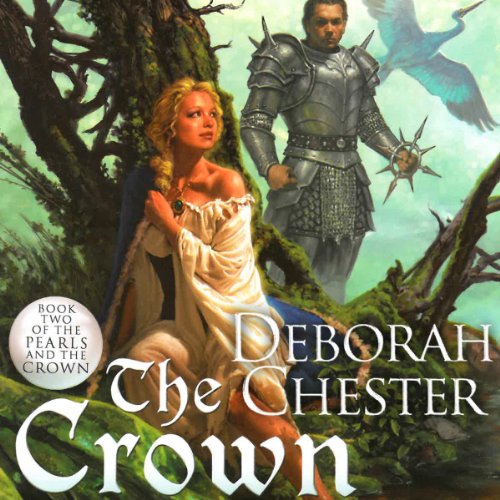 By: Deborah Chester
Narrated by: A. Savalas

Emperor Caelan's beloved sister Lady Lea has the ability to communicate with elemental spirits and see into others' hearts. When she is kidnapped by the harsh, aristocratic warrior Shadrael, she foresees her destiny in him. Narrator A. Savalas gives a breathy, emphatic performance as Lea attempts to understand the man she is fated to be with. Savalas brings drama to the growing passion between the princess and her captor even as Lea wrestles with the knowledge that to save Shadrael from his darkness, she will have to choose between her brother and her destiny.

Lady Lea - beloved sister of the Emperor Caelan - is gifted with the ability to see into others' hearts and when she is moved to tears, those tears become pearls. When the hardened warrior Lord Shadrael kidnaps her and takes her through the fearsome Hidden Ways of the shadow world, Lea can foresee her destiny in him. For if she is to save Shadrael from his own darkness, she will ultimately have to choose between her brother and her abductor.