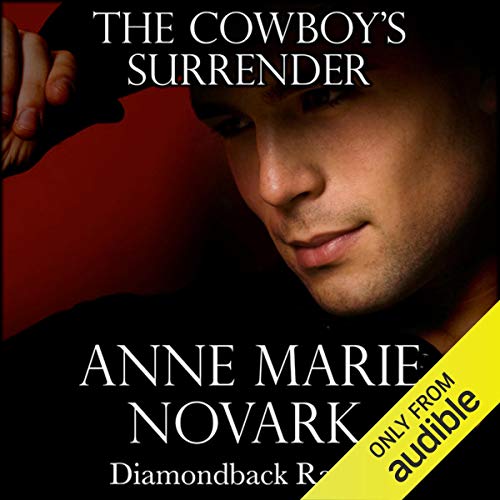 Copper River Oil Company is drilling for oil on the Diamondback Ranch. Dallas McCade can't do a thing to stop them, because he doesn't own the mineral rights. To add insult to injury, they've sent a woman to oversee the operation. Dallas has good reason to distrust women. As soon as he sets eyes on Gillian Bankston, he loses his temper...and his control. That makes him spitting mad and frustrated as hell.

Gillian has never met a man quite like Dallas. He's as prickly as a cactus, but his kisses are hot enough to ignite a West Texas wildfire. Gillian's been burned before and wants nothing to do with love...or lust. Battle lines are drawn and it's war between the sexes. Will they surrender to the powerful attraction neither can deny? Who will be the first to wave the white flag?

Broody men is this series specialty

If you could sum up The Cowboy's Surrender in three words, what would they be?

Didn't even make it past chapter 5.

I hate bullies. The lead character was so hateful I couldn't even finish the book.

If you could sum up The Cowboy's Surrender in three words, what would they be?

What other book might you compare The Cowboy's Surrender to and why?

Deacon's Touch, because they both are about cowboys and their family's ranch

When Dallas finally gave into his feelings for Gillian.

Following your heart will give you forever happiness

Where is sister Tori McCade's story? Is it coming soon?

This was a very enjoyable read. I liked that there was much more interaction amongst the siblings than with the first book. It had a little suspense, comedy, and romance. I look forward to reading the next in the series.

I really wasn't going to buy any more of this series after reading book 1 but I decided to get this one anyway because it had better reviews than The Doctor Wears A Stetson. Over all it was just like the first one with Dallas wanting Gillian so fiercely, just like Cameron wanted Jessie in the first book. Both brothers refused to admit to falling in love and saw what they felt as just lust. So, I'm going to assume that the other two brothers' books are going to be exactly the same. Therefore, I will not be buying anymore of this series. There's really no excitement in these book, just a whole lot of angst and lust.

As to the narrator: She did a really good job on the voices. No emotion but still she did a good job. I would listen to her again. There are a couple of narrators who read the books and when it calls for a laugh the narrator actually laughs. I love those kind of narrators. The ones who whisper, murmur, sigh, sound angry, etc.