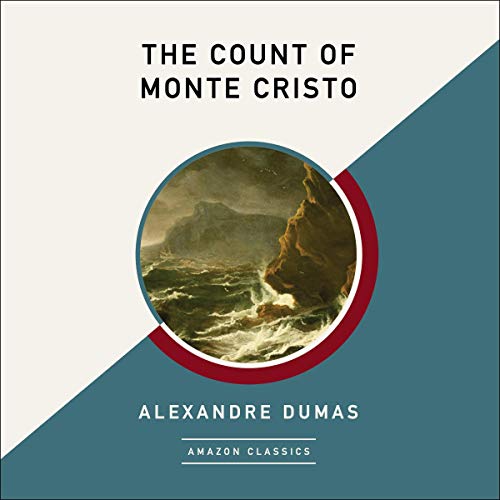 By: Alexandre Dumas
Narrated by: Guy Mott
Try for £0.00

After fourteen years of wrongful imprisonment, merchant sailor Edmond Dantès escapes his grim island fortress. With the promises of youth erased and his betrothed now married to someone else, Dantès lives for one purpose: revenge. Thanks to a benevolent prison confidante who reveals the location of a hidden treasure, Dantès buys his way, unrecognized, into society. Adopting a new identity as the Count of Monte Cristo, he sets out to destroy the rivals who framed him for treason. But the count’s obsessive quest could have irrevocable consequences for the innocent - and for himself.

What unfolds is an epic tale of breathtaking intrigue and righteous retribution from Alexandre Dumas, the nineteenth-century master of high adventure.

What listeners say about The Count of Monte Cristo (AmazonClassics Edition)

Clever narration of a classic

I think the narrator did a a clever job of taking on the many faces and disguises of Edmund Dantes in this unabridged version of Dumas’ classic. If you’re use to a modern version of this story, you’ll need to get use to Dumas use of syntax as he weaves a gripping story of, greed, jealousy, envy, revenge, retribution, guilt, remorse, and more. Basically everything that makes the superb tale of the misfortune Dantes incarceration and eventual escape from the Chateau D’If, and how he gets his own back.

Would not recommend this version. I found the performance both hammy and odd. Making a dated book hard to engage with.

This has the best narration. I tried two other versions but they had bad audio quality or monotone narration. This narrator is great and gives unique voices to each character and is consistently strong throughout.

Guy Mott has with this performance become one of my favourite narrators. Works at normal and 2x speed for me and was a pleasure to listen to.

Great narrative. Great use of accents.

He uses accents to depict different characters from different countries. Not difficult to understand and can tell who is speaking by the different voices he uses. Doesn't take away from the story at all.

Too long, Too Tedious.

Seemed like it would never end, finally it did, and I managed to stick it out. yay, me, I finished a classic I'd avoided through a lot of schooling.

The narrator clearly doesn't speak any language other than English and produces some of the most obnoxious and fake French, Italian and Spanish accents. If you speak even one of these languages, you will find the narrator distracting at best. Made it half way until he became too painful to listen to.

This is a fabulous book, I It was very impressed because it is a 100 times better than the movie ever was any of the movies that have been done based on this book I recommended highly to anyone everyone best book ever.

This book took me by surprise on how long it is ( I had not looked at that before I started) Although it was a time commitment, it was worth every second! I was on edge when I had to stop each time. I drive a Jeep and had the doors and side off with this blaring on my speakers. Haha!! I got some looks, but didn't care... It was not like the movie, but if you "read into" movies, like I do, you will not be disappointed by the detail given.