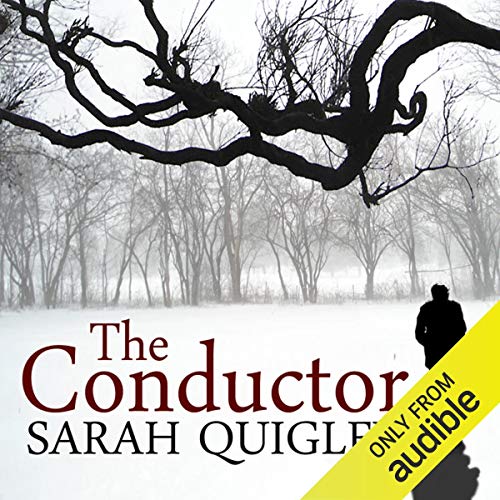 June 1941: Nazi troops surround the city of Leningrad, planning to shell and starve the people into submission. Most of the cultural elite is evacuated, but the famous composer Shostakovich stays behind to defend his city. That winter, the bleakest in Russian history, the Party orders Karl Eliasberg, the shy, difficult conductor of a second-rate orchestra, to prepare for the task of a lifetime. He is to conduct a performance of Shostakovich's Seventh Symphony, a haunting, defiant new piece, which will be relayed by loudspeakers to the front lines.

Eliasberg’s musicians are starving, and scarcely have the strength to carry their instruments. But for five freezing months the conductor stubbornly drives on his musicians, depriving those who falter of their bread rations. Slowly the music begins to dissolve the nagging hunger, the exploding streets, the slow deaths...but at what cost?

Eliasberg’s relationships are strained, obsession takes hold, and his orchestra is growing weaker. Now, it’s a struggle not just to perform but to stay alive.

"Deserves to be mentioned alongside Jane Smiley, Andrea Levy and Rose Tremai." (Sunday Herald)
"Extraordinary ... a symphony on the power of love - the love of music, home, family, city.... A triumph on every level." (New Zealand Herald)
"An extraordinary period of history brought into proximity by a daring novelist.... Superbly imagined and brilliantly realised." (Lloyd Jones)

A Powerful Study In Characterisation

Set during the siege of Leningrad, Quigley's powerful and enthralling novel focuses on the character of Karl Eliasberg, the conductor who managed to assemble an audience of half-starved musicians from the city's desperate inhabitants and coax from them a performance of Shostakovich's newly-composed seventh symphony. This performance, broadcast on loudspeakers to defenders and assailants alike, would come to stand for the resilience of the Leningrad people under the most extreme privation. Eliasberg is a man tortured by lack of confidence and low self-esteem. Yet in in the pursuit of a task so utterly demanding that there is scarcely time for him to drag his mother's corpse to the frozen cemetery, and no time at all to tell his friends and colleagues of her death, he manages to find a redemptive strength and purpose.

All the characters in this novel are powerfully drawn - they are, after all, individuals under the most extreme stress, inhabiting the very margins of existence; and behind them lurks the overwhelming personality of Leningrad, a city where bombs and artillery fall like rain and where the melting snow of Spring reveals dead bodies that have been partly cannabalised by the starving inhabitants. Despite its often cerebral concerns, this novel manages to be a real page turner and it is marvellously read by Sean Barrett. I was scarcely able to think about anything else until I reached the end.

One of my best ever books

Would you listen to The Conductor again? Why?

Yes. I don't normally but because this is so well written and contains a great deal of historical fact I will probably go back to it. Not only for the brilliance of the writing but to remind myself of aspects of this history. Sarah Quigley's portrayal of all her characters was brilliant. Her prose is exquisite. Descriptive, realistic, sparing nothing of the horrors of war but depicting the strength of human spirit. Flashes of humour made me laugh out loud from time to time.

The characters were so well portrayed that I had sympathy and empathy for them all. Despite their faults.

The book was appalling and brilliant at the same time. I cannot pick out one individual item from the horror or the siege to moments of tenderness - I couldn't put it down.

I am sorry to say that I never knew that there was a siege of Leningrad. I have researched it now and can't believe I never knew of such a monumental event of human hardship, tragedy and survival. Ironic that I read this as the siege in Aleppo reached a climax.

Interesting all the way through, the book brought its characters to life, had a moving and believable plot and was superbly well read.I was surprised how much I enjoyed this.

Would you listen to The Conductor again? Why?

Made my life seem simple compared to the lives during the war. This book has really made me appreciate the times and hardships, with music and history, the book was incredible. But doubt I would listen again as I would not feel the element of surprise.

More to do with crying, like sadness, but the strength of the book and reader brought across the depth of the BAD times.

This book will surely become a classic. Set during the siege of Leningrad incorporating mainly fact with a little fiction it is an extraordinary story. The writing is exquisite, never sentimental or 'gushing' but totally captivating, you really become involved in the thought process of each character during the most grueling and cruel times. It is often the small details about ever day existence that truly brings home this great tragedy. However, it is not all doom and gloom, it is often a cliche to talk about the 'triumph of the human spirit' but this is a factual, historical account of just that. Never was there a more real example of the life sustaining power of art giving meaning to life.

A brilliantly written and read novel

The story this book tells is based on the true siege of Leningrad. I knew very little about this or about the composer Shostakovich so it was of historical interest without being dry. The story told is incredibly sad but not without some redemption at the end but the way it is written, the language used and the way it was read was the best part about it. A thoroughly enjoyable listen.

I’ve just ‘endured’ the agony which this book shares; I didn't imagine from the title that it would provide such an insight into the siege of Leningrad. This reader is now eager to learn more about the tragic situation, and I have yet to listen to Shostakovich's 7th Symphony for the first time, but I thought that whilst listening to the book again, which I most surely will, I could remember the impact the music first makes or even listen simultaneously. Sean Barrett's voice representing the various characters is so convincing and absorbing. I feel I have been through an ordeal, which at least gives me a chance to empathise with that prolonged siege and understand more, and realise my knowledge of history is so inadequate.

This beautifully narrated story, set in Leningrad during the siege in 1941 is a moving story of a conductor and of Shostakovich living in the increasingly dangerous and bombarded city of Leningrad, surrounded by the Nazis. Day by day conditions deteriorate, but despite this, the conductor pulls together the half starved orchestra to perform the 7th Symphony which Shostakovich writes while the city is under siege. The conductor's transition through the book to a character of such strength and honour, and the love story woven in, makes it a moving tribute to both the composer but also the very special conductor.