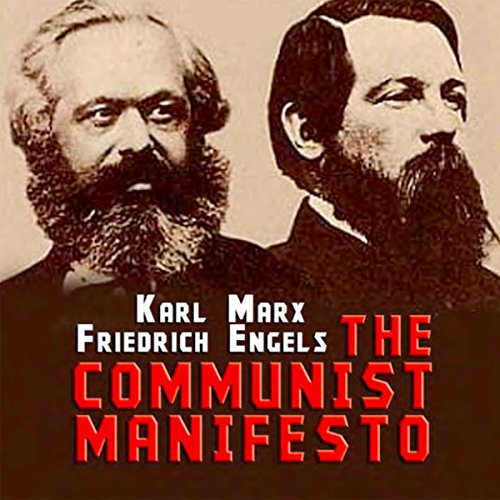 The Communist Manifesto was conceived as an outline of the basic beliefs of the Communist movement. The authors believed that the European powers were universally afraid of the nascent movement, and were condemning as "Communist" people or activities that did not actually conform to what the Communists believed. This manifesto, then, became a manual for their beliefs.

In it we find Marx and Engels' rehearsal of the idea that Capital has stolen away the work of the artisan and peasant by building up factories to produce goods cheaply. The efficiency of Capital depends, then, on the wage laborers who staff the factories and how little they will accept in order to have work. This concentrates power and money in a bourgeois class that profits from the disunity of workers (proletarians), who only receive a subsistence wage.

If workers unite in a class struggle against the bourgeois, using riot and strikes as weapons, they will eventually overthrow the bourgeois and replace them as a ruling class. Communists further believe in and lay out a system of reforms to transform into a classless, stateless society, thus distinguishing themselves from various flavors of socialism, which would be content to have workers remain the ruling class after the revolution.

The manifesto caused a huge amount of discussion for its support for a forcible overthrow of the existing politics and society....

What listeners say about The Communist Manifesto

Frequent mispronunciations, as if by a text-to-speech bot, make this book very difficult to understand

This reader pronounces every 5th word incorrectly and reads some syllable by syllable. It is painful to listen to and draws attention away from the content being read to the reading itself. The worst and repeat offenders are: Bor-GEE-ohse (Bourgeois) & Bor-JUH-see (Bourgeoisie)

Narrator was Awful, mispronounced words and spoke too fast... Seems like he didn't understand what he was reading in order to place emphasis in the right places.

If the narrator actually didnt sound completely clueless. Mispronouncing words and just read like a completely outdated robot. It was the worst narration I have ever heard!

What could Friedrich Engels and Karl Marx have done to make this a more enjoyable book for you?

I have a hard copy of this book and really like it BUT this narrator destroyed the book.

Who would you have cast as narrator instead of Matt Montanez?

The reader obviously does not know any of these words. I could only stand 5 minutes of this due to the mispronunciation of words central to this book. Eeeek.

the performance is awful

This is positively the worst reading I've ever heard in Audible. Youre well served by picking another performance.

Many words are pronounced incorrectly, and the narrator seems not to grasp the meaning of what he is saying.

Don't bother with this rubbish...

Horrible narrator... he sounds illiterate...Only listen if you want some inadvertant comedy. One word, "bor-je-sea."

The narrator has a great voice and brings energy to the reading of The Communist Manifesto. However, the narrator should have looked up the word "bourgeoisie" and how to pronounce it. His pronunciation is completely wrong, and that makes this reading very hard to listen to because it is so distracting. There are many words the narrator should have looked up before recording, but bourgeoisie was the most badly butchered.