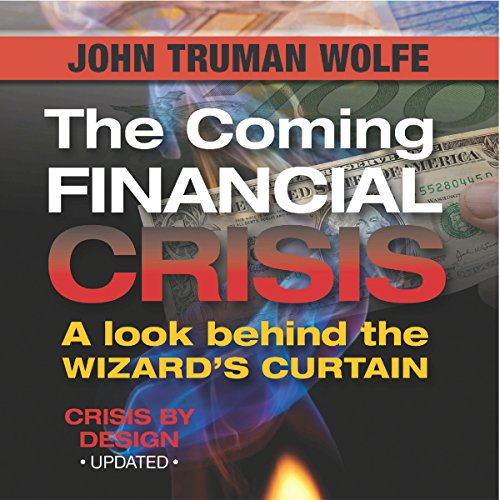 Is there really a global financial ruler? One that dictates policy to the central banks of the world? Is there a central bank of central banks that is senior to the US Federal Reserve Bank, the Bank of England, and the other national banks that control interest rates, inflation, deflation, prosperity, and depression?

Such a bank not only exists, but John Truman Wolfe exposed this heretofore unseen hand in the Global Financial Crisis of 2008 and their plans for the next one. No "conspiracy theorist", Wolfe names names, dates, places, and actions. If you have ever wanted to know who's behind the wizard's curtain of international finance and how to protect yourself, start with this book. And make no mistake, the events of 2007 and 2008 were a prelude: The next crisis, Wolfe predicts, will take the "bail-ins" used in the economic meltdowns in Cyprus and Greece and apply them worldwide, leaving depositors and consumers holding the bag, yet again.

What listeners say about The Coming Financial Crisis

Great shock of the reality to come.

loved the book. straight to the point. very practical and a necessity for our future. How money and false democracy really works.

All of the facts

this boom tells it lile it is. don't be scared - read it! Great book!!