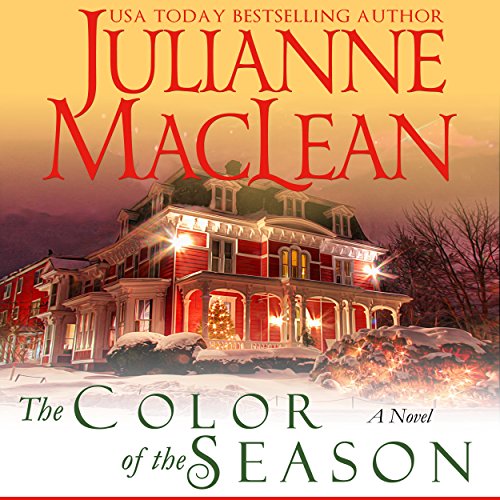 The Color of the Season

The Color of the Season

From USA Today best-selling author Julianne MacLean comes the next instalment in her popular Color of Heaven series - a gripping, emotional tale about real life magic that touches us all during the holiday season.

Boston cop, Josh Wallace, is having the worst day of his life. First, he's dumped by the woman he was about to propose to, then everything goes downhill from there when he is shot in the line of duty. While recovering in the hospital, he can't seem to forget the woman he wanted to marry, nor can he make sense of the vivid images that flashed before his eyes when he was wounded. Soon, everything he once believed about his life begins to shift when he meets Leah James, an enigmatic resident doctor who somehow holds the key to both his past and his future.

A spiritual and emotional journey

Very nice story. There were several unexpected turn of events that kept my interest. It’s a clean romance with a supernatural/spiritual story that gives you a sense of hope. Recommended.

This story held many secrets which slowly the reader discovers as the story unfolds. But frankly, Julianne MacLean hooked me with the prologue, a mere couple of paragraphs. I knew things were going to be eerie by those few paragraphs and I took the bait. Hook, line and sinker!

The story was told in first person, first by the cop named Josh Wallace and later by Hollie James. Beginning with chapter 33 the narrator shifts from Graham Halstead to Jennifer O’Donnell and then back again with Graham Halstead at chapter 50. This was unusual but quite understandable since it made better sense to use two entirely different voices, both again being in first person.

Josh Wallace was one likeable, sensitive and open cop and one very unlucky one. He talks of not believing anything about spirits, the afterlife, or ghosts to eventually accepting these things are possible. He was a guy able to discuss his insecurities. I liked that about him. I also loved the way Josh Wallace changed throughout the telling.

Narrator Graham Halstead did an excellent job telling his part of the story, using a voice that was just like the boy next door. I heard the sincerity in his voice, talking of his childhood, and his feelings about the James family whom he spent a lot of time with when young.
When speaking dialog for Josh’s mother and Leah James, his tone became feminine, however, not jarringly so, but enough that the listener knew who was speaking. When the story took off in a cop chase, I could feel the tension in the narrator’s voice. Mr. Halstead paced the read matching the intensity of the story. While in coma, Josh tells of his experience, reliving his life past and an out-of-body experience. But as it turned out, it was much more than that. A delightful story. I don’t want to say more – don’t want to spoil the great read/listen for you.

The story gains greater depth and meaning when Josh shares his experience with the James family. He tells us how Riley and Leah had to toe the line in their family, how Dr. James ran his home controlling just about everything and everyone within it until those within tried to save themselves.

Jennifer O’Donnell narrated the portion of the story where Hollie James told her side of the experience. I enjoyed Jennifer’s voice very much. She personifies Hollie, her emotion and intellect.

The story was unusual and powerful. We all make mistakes. We all can ask for forgiveness. Everything happens for a reason and everything can turn on a dime. The question still stands. Does fate arrange our lives?

I love these kinds of stories, & this author is one of the best! Listen & enjoy👍

I really enjoyed this book. The plot was well developed and the characters were believable. Although it ends well it isn't saccharin.

I almost skipped this book in the series, so glad I didn’t!

I was going to skip this one because I thought it would be boring compared to Book 6, The Color of Love. Glad I didn’t skip The Color of the Season because It was such a great book with unexpected twists and turns that are anything but boring. I think it’s one of my favorites in the series. Narration is outstanding and brings each character to life. Worth the listen, you will be entertained and intrigued throughout.

Another great story in the heaven series. it wasn't as action packed as the last book but had a nice flow and inspiring story.

mistaken for a christian type book