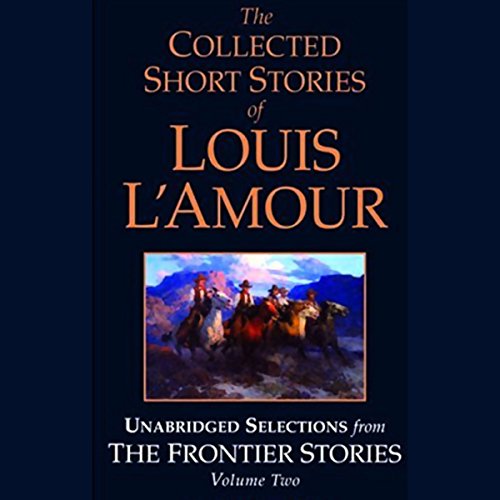 With more than 120 titles still in print, Louis L'Amour is recognized around the world over as one of the most prolific and popular American authors in history. Though he experienced phenomenal success in every genre he tried, the form that put him on the map was the short story. Now this great writer - who The Wall Street Journal recently compared with Jack London and Robert Louis Stevenson - will receive his due as a great storyteller. This volume kicks off a series that will, when complete, anthologize all of L'Amour’s short fiction, volume by handsome volume.

Here, in Volume Two, is a treasure-trove of 35 frontier tales for his millions of fans and for those who have yet to discover L'Amour’s thrilling prose - and his vital role in capturing the spirit of the Old West for generations to come.

What listeners say about The Collected Short Stories of Louis L'Amour (Unabridged Selections from The Frontier Stories, Volume Two)

If you, like me, have made some poor choices in entertainment lately, you can never go wrong with Louis L'Amour; if you like westerns.

L'Amour westerns are complete, regardless of the length, and always entertaining. Jason Culp is a very talented orator; one of the best, in my opinion.

I enjoyed all the stories in this collection.

Good stories. I enjoyed the variety and Jason Culp is an excellent narrator. I look forward to more.

Where does The Collected Short Stories of Louis L'Amour (Unabridged Selections from The Frontier Stories, Volume Two) rank among all the audiobooks you’ve listened to so far?

This is one of the best audio books that I've listen to in years.

What other book might you compare The Collected Short Stories of Louis L'Amour (Unabridged Selections from The Frontier Stories, Volume Two) to and why?

He did it again

Bad Bobby, Nixon and the Ŕed Head @ Stetson's are now friends of mine. would say something about them, but, do not want to be a gossip.
Looking forward to visiting with them again.
Hurry up with the next episode Mr Griffeth!
FANTASTIC!!!

Always enjoy a good western. Short storys are fun for the kids on car trips.

loved it , it had lots of action and a excellent storyline this is audible