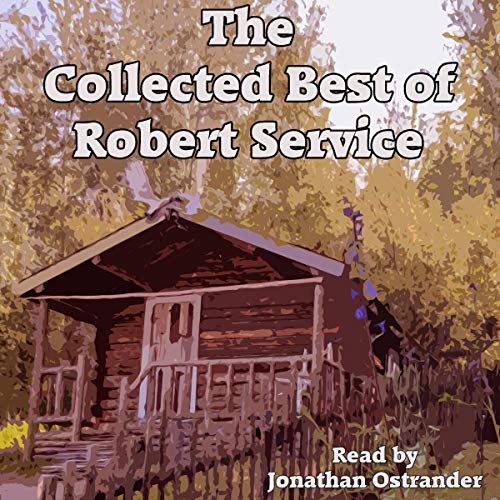 The Collected Best of Robert Service

This new audiobook features a collection of Service's very best and most beloved verses from his time living in and writing about the Klondike.

A rover in his youth, Robert Service ended up settling down as a banker in Whitehorse, Yukon Territory, in the early part of the century. There, he wrote and recited the crowd-favorite ballads such as "The Shooting of Dan McGrew" and "The Cremation of Sam McGee", eventually releasing a volume of his work entitled Songs of a Sourdough.

He would later transfer with the bank to Dawson City, where he quickly realized his poems had become a great success. He retired from the bank and moved into a two-room cabin on Eighth Avenue, where he committed to writing full-time and produced a novel and two additional volumes of verse about life in the Klondike.

He said good-bye to his little cabin in Dawson in 1912, and though he was never able to return, he kept the Yukon very dear to his heart. He continued to write about the First World War, life in Paris, and his time in the Yukon up until his death in 1958 at the age of 84.

The cabin still stands in its original location in Dawson City. It is open to visitors in the summer months, where recitations of his work have occurred regularly on the front lawn since 1917.

Verses included in this audiobook:

What listeners say about The Collected Best of Robert Service