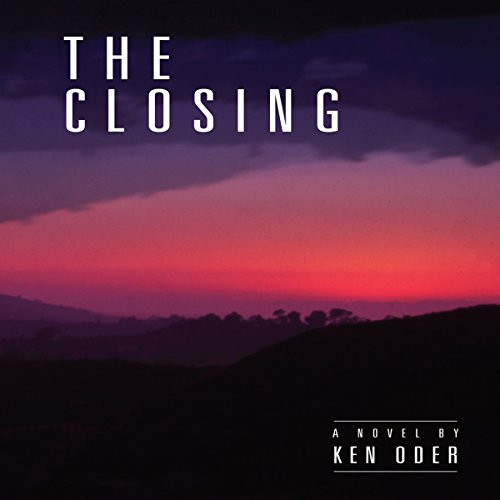 When two men meet in the Virginia state penitentiary in a maximum security visitation room on May 5, 1968, they have only one thing in common: they both want their lives back. On one side of a glass divider sits Kenneth Deatherage, who was sentenced to death for the brutal rape and murder of a young woman. The jury agreed with the prosecutor's closing argument: that all evidence points to Deatherage as the killer. But Deatherage says the evidence was fabricated.

He claims that the judge and his own lawyer rigged the trial against him. On the other side of the divider sits Nate Abbitt, who was a successful prosecutor until he tried to drink his way through a midlife crisis. When he finally sobered up, he had lost his career, his marriage of 30 years, and his self-respect. He turned to criminal defense because it was the only work he could get.

When the court appoints Nate to represent Deatherage on appeal, Nate doesn't believe there's a grand conspiracy to send Deatherage to the electric chair. But when his investigation uncovers hints of corruption in the county justice system, he finds himself accused of murder by the same forces that convicted his client. To save himself, Nate risks his life and the lives of others, and in the process, discovers that he and Deatherage have much more in common than he wants to admit.

Closing in on a killer

This is book one in this series and even though I did like it the narrator wasn't the best and I found I had to really listen ( concentrate) to follow along, the plot was good and a lot happened.
Nate is an alcoholic lawyer who is given a client on death row, who claim his last lawyer, the judge and even the police framed for the murder. Nate's wife has filed for divorce and in a bid to win her back her throws himself into the case and starts to wonder if his client is telling the truth. As he dig deeper more bodies are discovered and secrets start to bubble up. Not all of them good for Nate's client or himself.
The narrator didn't have enough range for all the voices and I found it sometimes hard to work out who was meant to be talking but if you can get past that it is a good story with lots of twists. It was advertised as a legal thriller but there wasn't that much court room drama, it was more investigating, deals and manipulations.

What did you love best about The Closing?

The twist and turns hidden within the story. I only figured one aspect out in the entire story- that's a good tale if you ask me!

Nothing tells a good story better than an great narrator. Joe Geoffrey has a great voice and it told the story perfectly.

For me, the best scene was when Nate and Charlie tried to record the Judge in his home and Charlie was so far behind, he showed up late- then shot the judge. He killed him! It was just a bit of bumbling the was serious but funny. In a not so funny kinda way.

One of the best lines in the story- what was it:"Don't take aim at the king unless you're certain you'll kill him,"

Very happy I discovered this author.

As a voracious reader of legal thrillers I found Ken Oder's voice, character development and almost Shakespearean exploration of the fatal flaws of his characters to be riveting. Oder's descriptions of characters and settings were rich and compelling. I also found the story captivating, but thought that there were one or two plot twists in the closing chapters that distracted from the pace of the close of the novel. The narrator did a fabulous job of bringing voice to the characters, the settings, and the time. I will look forward to my next Oder Audible book.

Very suspenseful and held my attention throughout. It was very detailed and lots of legal jargon. Love it and highly recommend.

Just when you thought you had the key, they switched the lock even to the end of the novel. The narrator an make the book or end it and this narrator made the book

Captured me from the very beginning!

This is a solid story. Well-written and well performed. I really enjoyed it. I will purchasing Ken Odor's other work.

I loved it! Oder's writing style in this piece repeatedly reminded me of John Grisham. The storyline had several twists and turns to keep me wanting more, but even more importantly I became a friend of Nate Abbot, the main character. The psychology and personal story drew me in and wouldn't let me put the piece down until it was finished. Excellent!