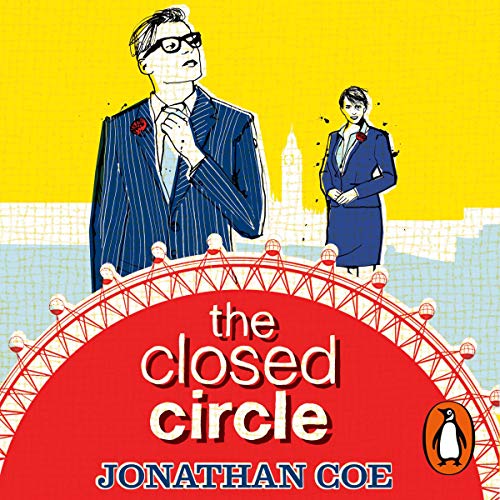 By: Jonathan Coe
Narrated by: Nicholas Burns
Try for £0.00

Penguin presents the audiobook edition of The Closed Circle by Jonathan Coe.

On Millennium night, with Blair presiding over a superficially cool, sexed-up new version of the country, Benjamin Trotter finds himself watching the celebrations on his parents' TV.

Watching, in fact, his younger brother, Paul, now a bright young New Labour MP who has bought wholeheartedly into the Blairite dream. Neither of them can know that their lives are about to implode.

Set against the backdrop of a changing Britain and the country's increasingly compromised role in America's 'war against terrorism', the characters struggle to make sense of the perennial problems of love, vocation and family.

What listeners say about The Closed Circle

A very enjoyable novel that sums up Britain in the Blair years, but somewhat marred by the dull reading. The lack of vocal differentiation between characters made it hard to follow at times, and the reading was occasionally stilted and hesitant. For a book set largely in Birmingham, I would have thought an actor with a local accent more appropriate. Some of the ex-Longbridge workers were made unintentionally comical by the incongruity of their Home Counties accents, but generally I felt the flat reading failed to capture the humour of the book. Disappointing.

Having really liked the Rotter's club I was pleasantly surprised to find this book is even better. The narrative arc it forms with the first book is very clever but it's amazing how much you feel for the characters too. The book is much more than just political commentary. Oh, and the narration is excellent too.

A good fun read from Jonathan Coe and a step up from The Rotters Club in terms of quality of writing - or perhaps it was just tighter editing. I am the same age as Coe so found this brought back so many memories, lots of very funny moments and plenty of cringeworthy ones too. Looking forward to listening to the next installment.

The sequel to the Rotters' Club is even better in my opinion. Brilliantly read by Nicholas Burns too.

Really enjoyed this sequel to The Rotters Club.
Jonathan Coe is great at capturing the feeling and political mood of the New Labour years. It’s great to hear about the local Birmingham and Midland landmarks and references, but also the feelings, the fear and impact of the IRA years, the humour and drama of that period.

The narration is excellent and perfectly matches the content and dialogue.