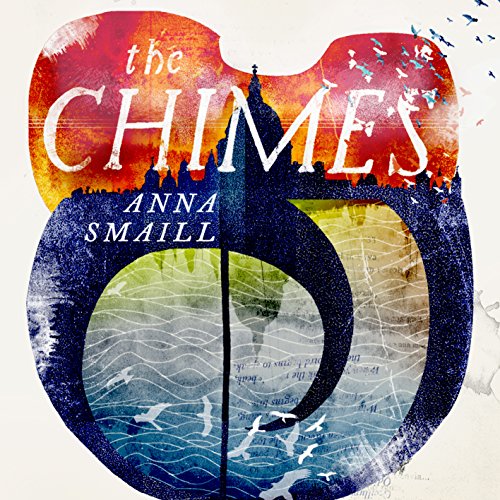 By: Anna Smaill
Narrated by: Luke Kempner
Try for £0.00

" The Chimes is a remarkable debut. It's inventive, beautifully written, and completely absorbing. I highly recommend it." (Kevin Powers, author of The Yellow Birds)

A mind-expanding literary debut composed of memory, music and imagination.

A boy stands on the roadside on his way to London, alone in the rain. No memories beyond what he can hold in his hands at any given moment. No directions, as written words have long since been forbidden. No parents - just a melody that tugs at him, a thread to follow. A song that says if he can just get to the capital, he may find some answers about what happened to them.

The world around Simon sings, each movement a pulse of rhythm, each object weaving its own melody, music ringing in every drop of air.

Welcome to the world of The Chimes. Here, life is orchestrated by a vast musical instrument that renders people unable to form new memories. The past is a mystery, each new day feels the same as the last, and before is blasphony. But slowly, inexplicably, Simon is beginning to remember. He emerges from sleep each morning with a pricking feeling and sense there is something he urgently has to do. In the city Simon meets Lucien, who has a gift for hearing, some secrets of his own, and a theory about the danger lurking in Simon's past.

A stunning debut composed of memory, music, love and freedom, The Chimes pulls you into a world that will captivate, enthral and inspire.

What listeners say about The Chimes

Some great idea and themes, but quite a hard listen. Gets better towards the end. Think it's a book some people will love and some just won't get.

An already so-so book made worse by the narrator.

What disappointed you about The Chimes?

The story is in no way original - and although that isn't always a problem (hello, Star Wars?), here there is little redeem it. The characters are unlikeable, and the way Luke Kempner narrates Lucien and Lucien's sister, you would believe they're 40 and 50 respectively. Also, the one thing that really makes it stand out - the accent placed on music, and musical narration, and musical theory - is lost one someone like me, who has marginal knowledge of musical theory and zero imagination when it comes to translating descriptions of music into actual sounds in my head.

Has The Chimes turned you off from other books in this genre?

I remember reading on Goodreads that the author intended this book to be a YA novel, and it was the publisher that re-shelved it. Bad idea. This is YA, period, and I wouldn't have touched it if I had known.