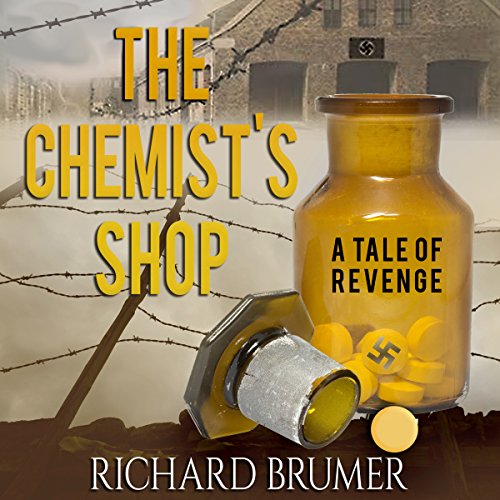 Pharmacology professor Miklos Rosen (now Michael Ross) retires from the world of academia in 1970 and opens a community pharmacy in a peaceful upstate New York town. He puts the horrific tragedies of his past behind him and finds serenity in his new life. That is, until he recognizes a customer as former Nazi SS officer Hans Stern. Michael looks into Stern's cold steel-blue eyes, clenches his fists and boils inside, remembering how his three young daughters were taken from him and gassed, and his wife, Ilona, was tortured, raped, and stripped of all dignity by Stern 25 years earlier in Auschwitz. Face to face with this evil being, Michael forces himself to stay calm. In that moment, he experiences two opposing but related feelings. One is anger, the other exhilaration. He could not protect his family then, but he can avenge their deaths now. It wasn't just about killing Stern. That would be too easy. His death had to be slow, painful, and diabolical, and it begins with a game of chess with Stern as the unwilling pawn.

"Due to my love of thrillers embossed with real world possibilities, I purchased this book based on the intriguing premise. Now, after consuming the material over a nice quiet weekend, I can happily attest that it was a superb read. Dr. Ross is a gravitating protagonist due to the conflict of his character. For the author to tailor him as a healer, only for opposing actions to arise, sets the book up for an elucidating psychological study as well. I at once sympathized with him and questioned what I would have done in the same situation once he meets Hans and begins to slowly unravel the moral fibers that were so adhered to in his life prior. Also, the story begins in a fascinating manner during WWII; vividly foreshadowing events to come. That’s one of my favorite aspects of this author’s writing. It is a complicated and illuminating character study swathed inside a unique tale that traverses the line between justice and vengeance. If anyone else is looking for a stellar novel that knows how to keep you entertained and piqued throughout, you definitely can’t do better than this one. I, for one, can’t wait to read more from this talented author." (E.A. Gray)

What listeners say about The Chemist's Shop

I decided to listen to this audio book after watching amazon primes Hunters.
This book is alot different to that in a good way.
I was drawn in as professor Ross comes face to face with the man who killed his family plots his revenge and the court case after the event was very well done it even has a shocking ending to go along with it.

Loved this book gave a good insight into the Holocaust. And a very good story to the narrator was excellent.

Great story, really enjoyed listening each night. Couldnt quite match the narrators voice to the main character...he sounded more like Jeeves the butler than a Holocaust survivor...i couldnt get the emotion from the voice at times but it was still a very well done overall.

A beautiful and intricate story!

The characters were extremely well drawn and the story took you to many unknown places! The narrator was very good! I enjoyed it immensely. If there were more stars I would give them!!

If ever a book deserved to be made into a movie this is it. Wake up Netflex and scoop this story up.

I’ll admit that I didn’t know much about concentration camps and Nazi officers, aside from what I learned in school years ago. But this book taught me a lot of things. I enjoyed the story very much, especially the emotions of the lead character. It was very believable and engaging. Such a well written book and I also enjoyed the narrator. I didn’t love the ending, if I’m being honest, but that’s okay!

This book was almost a 5 ... until the very last sentence of the book. What a cheap way to end what otherwise was a great read for so many reasons. I hesitate to pick up any more of Brumer's books for fear of another unsettling surprise ending. Reminds me of Shirley Jackson's LOTTERY, which though critically acclaimed and in every college literature survey course, was in the same cheap category.

If you are student of history do not miss this audible

I was on the shelf about preordering this book but decided to go ahead since the majority of the book takes place in the US. The chemist is such a logical person who keeps his family alive in his memory. He comes across this old x-N. The Nazi