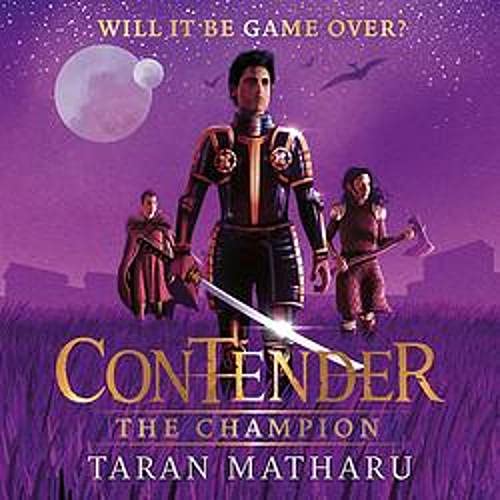 By: Taran Matharu
Narrated by: Raj Ghatak
Try for £0.00

In a world far from our own, where enemies come in many forms, will the ultimate battle for survival be game over?

Don't miss the explosive final book in the epic Contender trilogy from the best-selling author of the Summoner series.

Cade and his friends are fighting for Earth

Cade has managed to survive the duel with the Hydra Alpha - barely. But the Games are far from over.

By order of the cruel and mysterious alien overlord Abaddon, Cade and his friends are sent off to war against the Greys, a humanoid race that has far surpassed humans in technology on their home planet.

A glimmer of hope?

This attempt to move up the leaderboard leads Cade to a game-changing revelation: the Pantheon - the millennia-old alien masterminds behind the Games - have a weakness.

With the right artefacts scavenged from the land of Acies and a heavy dose of courage and luck, Cade has exactly one chance to end their tyranny for ever. But if he fails, for the lives of his friends and the survival of Earth it will be...game over.

A thrilling and must-hear finale for fans of The Chosen and The Challenger.

What listeners say about The Champion

Rushed and a bit predictable

Predictable storyline, little character growth, he’s written so much better! Any major plot/event is miraculously set up in the chapter before. Underwhelming ending that you would think would go into a bit of detail rather than be over in a few short chapters considering it took 3 books to get to!