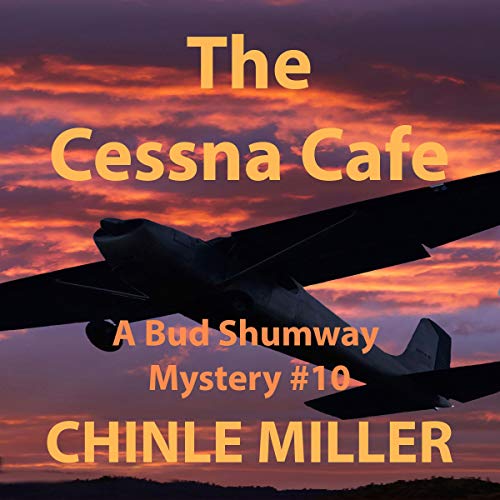 By: Chinle Miller
Narrated by: Richard Henzel
Try for £0.00

When ex-sheriff and watermelon farmer Bud Shumway learns that his job is on the line, he knows that big changes are coming, though he has no idea exactly what kind. And with his wife’s new business running an air-based catering service, he knows she’ll be too busy to help him figure out his now uncertain future. Add in the invasion of his little Utah town by a group of wanna-be Vikings, and his employment woes soon take backstage to solving a murder - one in which the prime suspect is his friend, Sheriff Howie.

Follow along as Bud tries to figure out where Howie is disappearing to every night, as well as trying to deal with the chaos surrounding the arrival of the world’s largest steam engine and its numerous railfans, and you’ll see why Bud’s soon at his wit’s end. A wild Viking wedding on the river, a stolen 1,000-year-old ring that supposedly holds the secret to happiness, and a missing deed that could potentially change the ownership of the farm Bud manages, and there’s never a dull moment, even though all Bud really wants is the peace and quiet of watching his dogs play in the ditch. This is book number 10 in the Bud Shumway Mystery Series.

What listeners say about The Cessna Cafe

Narrator Change Does Not Work

I took delight in the overall comfortable felling these stories gave me as a refuge from the tribulations of the real world.

This was largely due to the original narrator, Ray Worley's, rendition of Chinle Miller's style. He brought heart and soul to the the delightful characters. Now, I hate to criticize any artist, but the new narrator just doesn't have it, and is often hard to listen to with a sometimes choppy, disjointed pace that seems like he's reading it one word at a time.

I made it through the entire book hoping I would acclimate, but it didn't happen, and I'm sad to say this will be the last book in the series that I will buy with this narrator.

This series will delight cozy mystery lovers. I've enjoyed all of them. A good cast of quirky characters, complete with humor and drama.