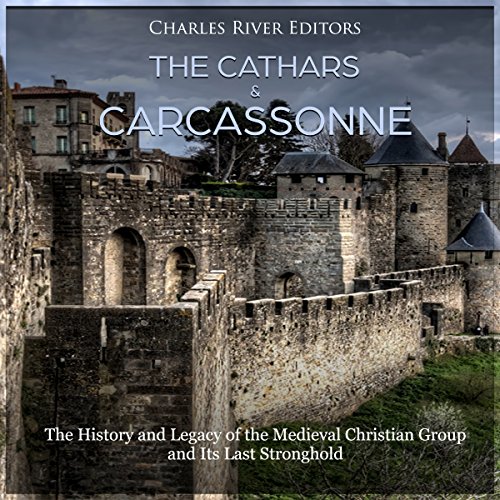 The Cathars and Carcassonne

“The Roman Church...[says] that the heretics they persecute are the church of wolves. But this is absurd, for the wolves have always pursued and killed the sheep, and today it would have to be the other way around for the sheep to be so mad as to bite, pursue, and kill the wolves, and for the wolves to be so patient as to let the sheep devour them!” – Excerpt from the alleged writings of the Cathars

Carcassonne today is the capital of the Aude department in the Occitanie region of southwestern France, about 58 miles from Toulouse. It lies by the “eastward bend” of the glittering cobalt waters of the River Aude, which serves as a barrier between the two towns of the city: the Cité and the Ville Basse. It is the old Cité that attracts most of Carcassonne's visitors (3 million of them each year), for it houses the historic fortress that looks like it came straight out of a fairy tale and supposedly became the muse behind the captivating castles featured in Walt Disney's acclaimed 1959 classic Sleeping Beauty. But this breathtaking town is so much more than just the perfect spot for wedding shoots and social media narcissism, for it is a place that oozes medieval history.

This land is also home to several legends and local traditions. When the earth is drenched by heavy storms, the crumbling red soil drifts into the River Aude, staining the water with crimson. This beautiful, yet haunting phenomenon, which the locals call the “blood of the Cathars,” is a symbolic reminder of the blood shed by these “heretics” at the hands of the Catholic Church.

Despite the controversial events, and their supposed heresy, it seemed that the fall of the Cathars brought an everlasting curse upon the region. As one unnamed farmer, documented by French medievalist Jean Duernoy, put it, “Since the heretics were chased away from Sabartes, there is no longer good weather in this area.” Another notary from Tarn echoed his sentiments, asserting, “When the heretics lived in these lands, we did not have so many storms and lightning. Now that we are with Franciscans and Dominicans, the lightning strikes more frequently...”

The Cathars and Carcassonne: The History and Legacy of the Medieval Christian Group and Its Last Stronghold examines the origins of the group and the city.

What listeners say about The Cathars and Carcassonne

The narrator is not at all suited to this type of book. I tried to persevere but gave up in the end.

Would you try another book from Charles River Editors and/or Jim Johnston?

It was good no issue there

The book wandered a great deal and was generally disappointing.