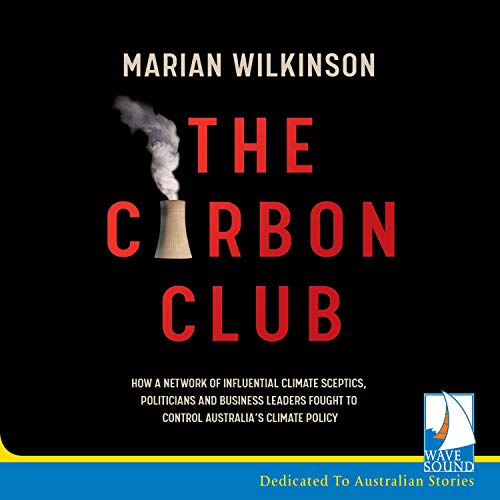 As the climate crisis threatens more extreme bushfire seasons, droughts and floods, many Australians are demanding their leaders answer the question: ‘Why didn’t you do something?’

The Carbon Club reveals the truth behind Australia’s two decades of climate inaction. It’s the story of how a loose confederation of influential climate-science sceptics, politicians and business leaders sought to control Australia’s response to the climate crisis. They shared a fear that dealing with climate change would undermine the nation’s wealth, jobs and competitive advantage - and the power of the carbon club.

Central to their strategy was an international campaign to undermine climate science and the urgency of the climate crisis. The more the climate science was questioned, the more politicians lost the imperative to act. The sustained success of the carbon club over two decades explains why Australian governments failed to deal with the challenge of climate change. But at what cost to us and the next generation?

One of Australia’s most respected investigative journalists, Marian Wilkinson has tracked the rise and rise of Australia’s carbon club in brilliant detail, with extraordinary access to key players on all sides. The result is a book that is both essential and disturbing listening.

What listeners say about The Carbon Club