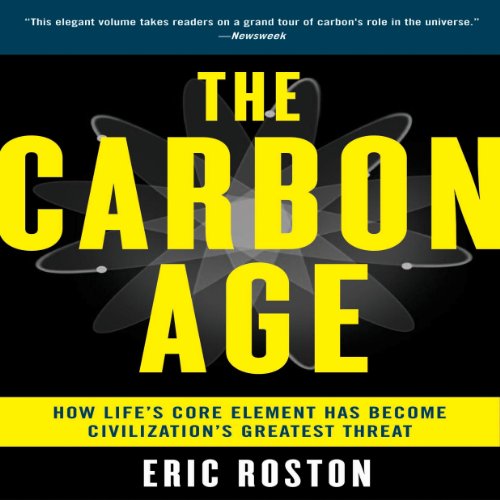 What do bubbles in a soft drink, a bullet-proof vest, a plastic chair, and our DNA have in common? Carbon. It is, and forever has been, the ubiquitous architect of life and civilization, forming the chemical backbone of every living creature. And yet, when we hear the word today, it is more often than not in a crisis situation: Carbon dioxide emissions are destroying the ozone layer and warming the planet; the volatile Middle East explodes atop its stores of hydrocarbons; carbohydrates threaten obesity and diabetics. Carbon, thus, sustains us and threatens us in equal measure.

Eric Roston illuminates this essential element in all its forms, cleverly recreating the intricate carbon cycle on the page by tracing its journey from the Big Bang to Earth and its extraordinary infiltration of this planet and, in time, influence on humankind and civilization. Evoking its ubiquity - more than 99% of all 31 million known substances contain carbon - Roston chronicles the ways we have used it, often to surprising, and sometimes to catastrophic, effect: Having sped up the carbon cycle in the last two centuries, we are now attempting to wrestle Earth's geochemical cycle back from the brink. Blending the latest science with original reporting, Roston makes us aware, as never before, of the seminal impact carbon has, and has had, on our lives.

What listeners say about The Carbon Age