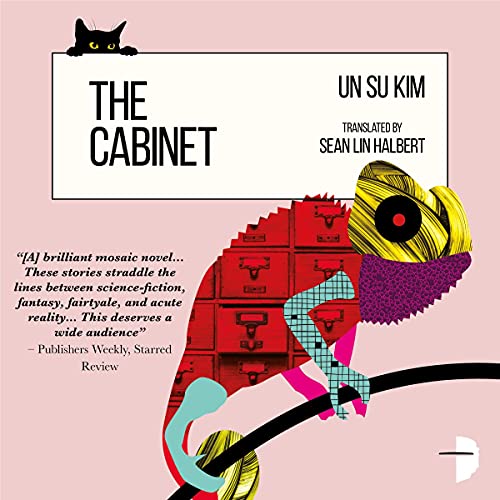 Cabinet 13 looks exactly like any normal filing cabinet. Except this cabinet is filled with files on the ‘symptomers’, people whose weird abilities and bizarre experiences might just mark the emergence of a new species.

But to Mr. Kong, the harried office worker who spends his days looking after the cabinet, the symptomers are just a headache; from the woman whose doppelganger broke up with her boyfriend, to the man with a ginkgo tree growing from his fingertip. And then there’s that guy who won’t stop calling, asking to be turned into a cat....

A richly funny and fantastical novel about the strangeness at the heart of even the most ordinary lives, from one of South Korea’s most acclaimed novelists.

File Under: Fiction [12,000 Cans of Beer Memory Mosaicers Will Execution Inc. Monkey of All Bombs]

What listeners say about The Cabinet