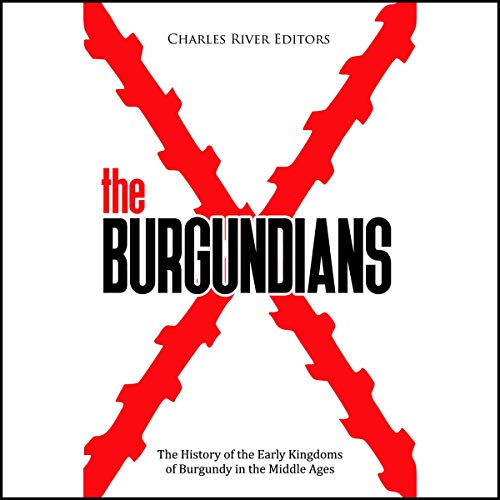 A history of Burgundy could more accurately be described as the "history of the Burgundies", because at different points between 406 and 1795, there were at least 10 distinct entities known as "Burgundy". One of the least known of these was the Kingdom of the Burgundians, which lasted from 406-534. This early dominion developed into the Kingdom of Burgundy under the Merovingians and was finally subsumed into the next Kingdom of Burgundy, often known as Cis-Jurane Burgundy, founded in 877.

The Burgundians may have originated as far away as Scandinavia, but by the fifth century CE, they had settled in the heart of Roman Gaul, or Gallia as the Romans called it. Gaul had once covered a huge area of Western Europe that today comprises northern Italy, France, Belgium, parts of the Netherlands, Switzerland, and parts of Germany on the west bank of the Rhine. Julius Caesar estimated the population of Gaul in the mid-first century BCE as approximately 10 million, an enormous number for that time.

The Gauls at the time were not a single nation but a loose confederation of tribes sharing a common language, customs and ethnic origin. As such, they were in a constant flux of alliances, double-crossings and wars, both among themselves and with the neighboring Germans of the Rhineland. This only made it easier for the Romans to gradually conquer parts of Gaul, most famously through Caesar’s Gallic Wars, and Gaul became an even more prosperous region.

The power vacuum left by Rome’s decline allowed groups like the Burgundians to carve out territories in various parts of the empire, and after the Western Roman Empire collapsed, the next few centuries would see a patchwork of different groups fighting each other across Europe, whether for living space or for imperial purposes. Given their location, the Burgundians would end up playing a crucial role in the establishment of Western Europe as it is known today.

The Burgundians: The History of the Early Kingdoms of Burgundy in the Middle Ages chronicles how the Burgundians established their medieval kingdom, the important events that took place in the region, and the early Burgundians’ lasting legacy. Along with pictures depicting important people, places, and events, you will learn about the Burgundians like never before.

What listeners say about The Burgundians