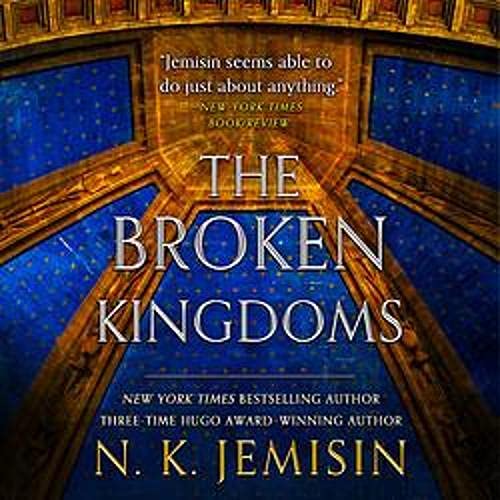 The debut series from the double Hugo Award-winning N. K. Jemisin, author of The Fifth Season.

In the city of Shadow, beneath the World Tree, alleyways shimmer with magic and godlings live hidden among mortalkind. Oree Shoth, a blind artist, takes in a homeless man who glows like a living sun to her strange sight.

However, this act of kindness is to engulf Oree in a nightmarish conspiracy. Someone, somehow, is murdering godlings, leaving their desecrated bodies all over the city. Oree's peculiar guest is at the heart of it, his presence putting her in mortal danger - but is it him the killers want, or Oree? And is the earthly power of the Arameri king their ultimate goal, or have they set their sights on the Lord of Night himself?

The Inheritance Trilogy begins with The Hundred Thousand Kingdoms, continues in The Broken Kingdoms and concludes in The Kingdom of Gods.

What listeners say about The Broken Kingdoms