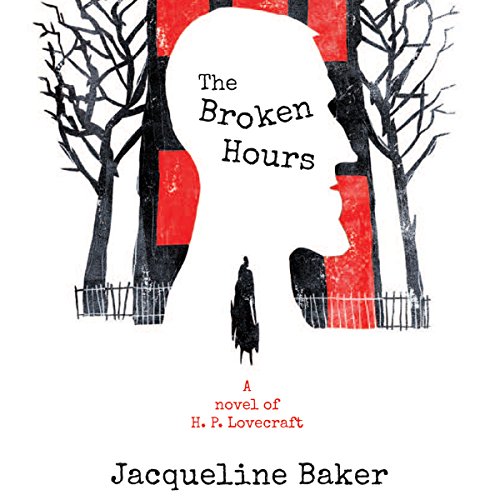 In the cold spring of 1936, Arthor Crandle, down-on-his luck and desperate for work, accepts a position in Providence, Rhode Island, as a live-in secretary/assistant for an unnamed shut-in.

He arrives at the gloomy colonial-style house to discover that his strange employer is an author of disturbing, bizarre fiction. Health issues have confined him to his bedroom, where he is never to be disturbed. But the writer, who Crandle knows only as "Ech-Pi", refuses to meet him, communicating only by letters left on a table outside his room. Soon the home reveals other unnerving peculiarities. There is an ominous presence Crandle feels on the main stairwell. Light shines out underneath the door of the writer's room, but is invisible from the street. It becomes increasingly clear there is something not right about the house or its occupant.

Haunting visions of a young girl in a white nightgown wandering the walled-in garden behind the house motivate Crandle to investigate the circumstances of his employer's dark family history. Meanwhile, the unsettling aura of the house pulls him into a world increasingly cut off from reality, into black depths, where an unspeakable secret lies waiting.

What listeners say about The Broken Hours

Not familiar with HP Lovecraft. I was moved!

The Narrator's tone left me unexpecting and unexcited which I'm not sure was a good thing. His monotony made the ending unexpected and therefore moved me in the end.

One of the best dramatic tales I've ever read

Anyone who likes drama, weird fiction, and unsettling tales that could be true - please do yourself the favor of reading The Broken Hours. The narrator does the story complete justice with his tone and pacing - and it gave me chills many times.

If you enjoy this story please also look for Jacqueline Baker's other books!