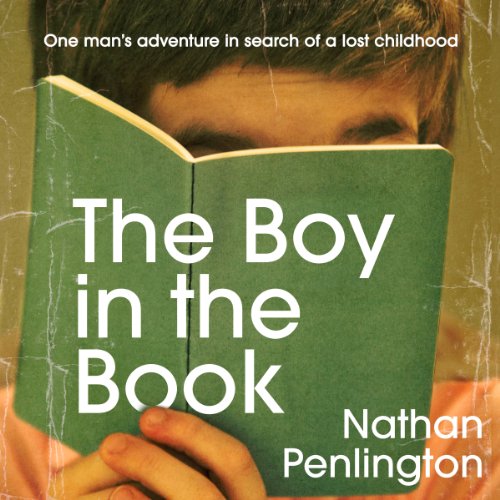 The Boy in the Book

One Man's adventure in search of a lost childhood. When Nathan discovered a job lot of the first 106 adventures for sale on eBay, there was never any question that he would place a bid. When the books arrived, he lost himself in the old adventures. Yet, as he flicked through the pages, there was another story being written.

In the margins of each book were the scribblings of the little boy who had once owned them, a little boy by the name of Terence John Prendergast. Terence wrote jokes and hints for adventurers following the same stories as him. More troubling, among the notes were intimations of a tormented childhood: of the boys and teachers who bullied him; of the things he hated about himself and had to improve; of his thoughts of suicide and his desperate need to find friends, be liked, and find somebody - anybody - to confide in.

The Boy in the Book is Nathan's poignant recreation of the discovery of the fragments of Terence Prendergast's diary, his quest to find the lost boy, and the friendship that resulted from their first meeting. In doing so, Nathan is forced to examine his own childhood - and, as his relationship with Terence deepens, he begins to believe that the two men are not so different, and to reflect on the darkness that can exist in childhood.

What listeners say about The Boy in the Book