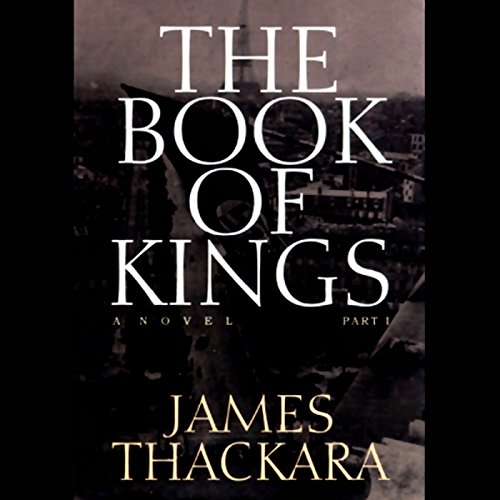 The Book of Kings

The Book of Kings

The Book of Kings is an epic novel that begins in the years shortly before World War II and leads up to the present day. While Europe drifts toward Nazism, four students share an apartment on the rue de Fleurus in Paris. Thackara brilliantly forges the stories of these four men whose lives mirror the larger picture.

The title alludes to God's prophetic warning to Samuel about the rise of man-made kings. James Thackara, as John Walsh wrote in The New Yorker, "watches Hitler's rise from a dozen different perspectives: at Nuremberg rallies; as reported in dinner table gossip; in close-up appearances at Hindenburg's side; in letters and rumors of war; in the gradually thickening atmosphere of fright and inevitability."

A work of extraordinary vision and range, The Book of Kings magnificently fuses myth and the inexorable events of history.

"Absorbing...when you encounter one of the huge set-pieces that punctuate the action you are rocked on your heels." (The New Yorker)
"The book nobody should miss reading....Comparisons to War and Peace may be effusive but not totally unwarranted....A crowning achievement." (The Seattle Times)

The publisher's notes say that this "epic novel" describes the lifes of 4 young men from their student days in pre-war Paris through the dark days of the war to post war Europe. In fact the story revolves principally around 2 of the 4 and the other 2 barely get a mention - indeed we learn little or nothing about the American but rather too much, I feel, about the Algerian "pied-noir".
It is certainly epic in length and the allusion to the BBC comedy series is prompted by the narrator's various attempts at French & German accents which abound throughout the book.
Quite why it was felt necessary or in the slightest bit authentic for these phoney foreign accents to be used is beyond my comprehension and did little to help the story along. I kept waiting for Officer Crabtree to appear - but no such luck!

Deep thinkers and those able to hold a large number of characters and situations in their head.

something simple and back to crime.

Did Robert Whitfield do a good job differentiating each of the characters? How?

A difficult job not altogether successfully.

If you could play editor, what scene or scenes would you have cut from The Book of Kings?

A lot of the superfluous cutting back and forward into history.

Some will enjoy this book but it was far too long, with far too much back-chasing and very little description of where you were and about whom at any one time.

This is billed as fine literature with a lot of gushing reviews from the literary world, but I guess that I am just an unsophisticated Phillistine as I found in overblown, difficult to follow (at times), and somewhat snooty.

I spend a lot of time in my car, so I tend to chose long unabridged audiobooks and I prefer history. I chose this one for these reasons and was prepared for a good account of the WWII years.

What I got was long tedious story of elite sophisticates, all in love with each other's spouses, long, endless and tiresome metaphors, and a story line that failed keep me involved. I found it particularly annoying that when ever there was a crucial point of the story, the author buried it in vagueness, so I kept rewinding repeatedly to see if "I got it". Also, I wish had a nickel for every time Mr. Thackera used the phrase "his/her heart lept"; there was a lot of hearts leaping. Lastly none of the characters ever seemed real to me. No one thinks and talks like these people, but then they are all rich, sophisticated, and highly educated layabouts for the most part.

However, there were some excellent accounts of Guderian's tank campaigns in France and Russia. if the rest of the 50 plus hours had been similar, this Phillistine would have enjoyed it more.

A rather strange book – a cross between a script for a mini-series and an attempt at a 20th century Tolstoy novel. The basic concept is intriguing, and there are elements of a good yarn here, but somehow there’s a hollowness that doesn’t ring true. It’s hard to put a finger on whether this is because of the dialogue, the emotional depth of the characters or the storyline – probably a combination of all three. Ultimately, the work is more cabbage than king.