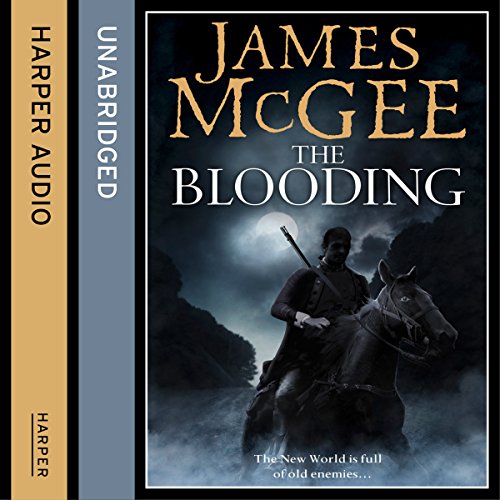 By: James McGee
Narrated by: David Timson
Try for £0.00

Hawkwood's in America for this gripping, action-packed followup to the best-selling Ratcatcher - for fans of Bernard Cornwell, Conn Igulden, and Patrick O'Brian.

1812: Matthew Hawkwood, soldier turned spy, is stranded behind enemy lines, in America, a country at war with Britain. Heading for the safety of the Canadian border, Hawkwood's route takes him to Albany where the chance sighting of a former comrade-in-arms - Major Douglas Lawrence - within a consignment of British prisoners puts paid to his plans.

For as the two men make their escape they uncover an American plot to invade Canada. If it is successful, the entire continent will be lost. The British authorities must be warned.

Pursued by a relentless enemy, Hawkwood and Lawrence set off across the snow-bound Adirondack Mountains; the land the Iroquois call ‘The Hunting Grounds'. But they are not alone. Buried deep in Hawkwood's past is an old alliance - one that could save both their lives and help turn the tide of war.

What listeners say about The Blooding