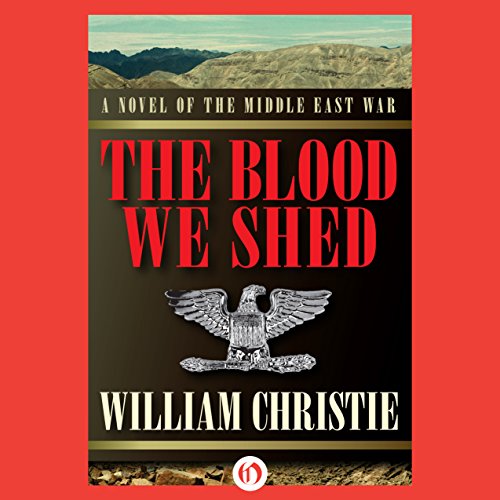 The Blood We Shed

The Blood We Shed

The United States Marine Corps is a legendary fighting force. Literally thousands of books and movies have glorified its history. But now a Marine veteran has written a novel that opens up the curtain and provides a look deep inside the modern Corps: the good, the bad, and the sometimes just plain embarrassing.

Lieutenant Mike Galway takes command of his first platoon, and it is not at all what he bargained for. What he anticipated was the challenge of training a unit of disciplined Marine infantrymen to go to war. Instead he finds himself responsible for a group of unruly American teenagers, for whom he has to become a combination of surrogate father, psychologist, high school principal, marriage counselor, financial advisor, conflict mediator, and drug and alcohol therapist. The results are frequently hilarious, always frustrating, and sometimes heartbreakingly tragic.

While Galway learns the secrets of leadership, he and his men are overtaken by the events of September 11, 2001, and the time for playing war is over. Now at the place where Marines always expect to be, the tip of the spear, the men of Echo company deploy aboard ship and race toward the Middle East. There they find themselves fighting the first battle of a war that continues to this day, in a place none of them could expect.