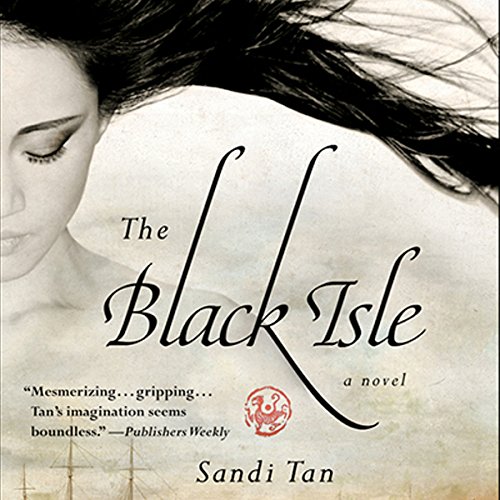 By: Sandi Tan
Narrated by: Sarah Zimmerman
Try for £0.00

There are ghosts on the Black Isle.

Ghosts that no one can see.

No one... except Cassandra.

Uprooted from Shanghai with her father and twin brother, young Cassandra finds the Black Isle's bustling, immigrant-filled seaport, swampy jungle, and grand rubber plantations a sharp contrast to the city of her childhood. And she soon makes another discovery: the Black Isle is swarming with ghosts.

Haunted and lonely, Cassandra at first tries to ignore her ability to see the restless apparitions that drift down the street and crouch in cold corners at school. Yet despite her struggles with these spirits, Cassandra comes to love her troubled new home. And soon, she attracts the notice of a dangerously charismatic man.

Even as she becomes a fearless young woman, the Isle's dark forces won't let her go. War is looming, and Cassandra wonders if her unique gift might be her beloved island's only chance for salvation....

Taking listeners from the 1920s through the Japanese occupation during World War II, to the Isle's radical transformation into a gleaming cosmopolitan city, The Black Isle is a sweeping epic - a deeply imagined, fiercely original tale from a vibrant new voice in fiction.

What listeners say about The Black Isle

What disappointed you about The Black Isle?

took a while to get into it until it got to the insest part....then i just switched off. dont know if they are brother and sister in the end as i dont want to read anymore of this!