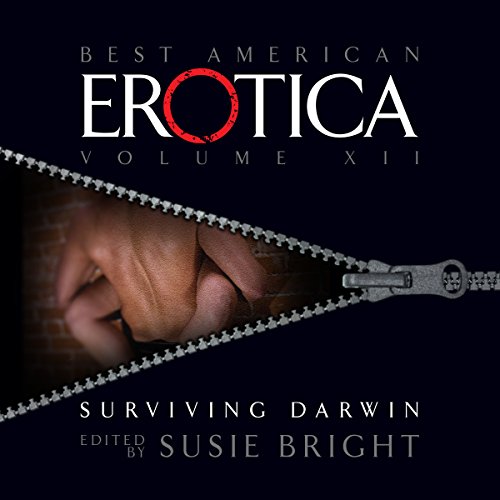 "[Susie Bright is] the avatar of American erotica." ( The New York Times)
"The collection as a whole stands as a love-letter to humanity, in all its varieties. What Kinsey did for his fellow travelers, Bright does, again, for hers." ( Publishers Weekly)

I have listened to Susie Bright's "In Bed" series for over two years and have also purchased the Best of American Erotica available through Audible.com. The past selections were good, and I have listened to them many times. This year, I would have to say "mediocre" at best. I have to wonder, what Susie was listening to when she made the selections for this compilation. I am just a little disappointed and would not recommend this to someone listening to "erotica" for the first time.

This collection of stories varies in both length and subject matter. The length of the stories range from a couple of minutes to forty minutes, but they never feel rushed or drawn out. The stories contain interesting characters both dealing with their own issues as well as engaging in several different types of sexual pleasure.

After listening two or three times, I like most of the stories. During my first listen I did not appreciate the fine writing. After a second and third listening, I now appreciate the writing and some plot points that I missed the first time.

The audio file is formatted so that each chapter is a different story, making navigation easy. Each story is read by one person and they all deliver good performances.

In the story "Seduction," by Cecila Tan, I found a memorable phrase, "Seduction is the removal of fear." If you are open minded about sex, I hope this review has seduced you.

Too much variety in the stories

Too much variety in the stories... but maybe that is good? It depend of what kind of story that you like. So be brave and try this book.

Not Exactly My Style

I suggest you have 3 versions. Straight, gay and mixed. This way people will know what they are getting.

I wanted these stoies to be great, I really did, but that is far from what I got. If this is the best america can offer in erotica then we need to start getting it from other places.

Maybe Susie Bright has lost her touch at selecting good erotica or she's been at it so long she just got lazy with this one. A real snoozer. Cannot imagine anyone being aroused by any of the stories included.