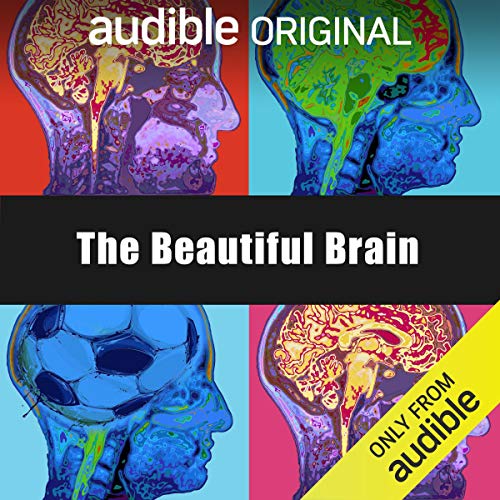 What listeners say about The Beautiful Brain

This is excellent. True story that moved me to tears. Told with compassion and respect I think this will stay with me for years to come.

Largely disappointed (although I a greatly appreciate that it's free). More like a 3 and a half hour radio discussion

The topic, delivery and performance is just exquisite! Recommend a lot to anyone and everyone

Extremely well read, and of something I knew so little about. Fantastic listen. A must for all involved in sport

Amazing and emotional book, with very intriguing and fascinating information! The story is amazing and it catches the emotion and the feeling of an unspoken tragedy that we are preparing for our children every day!

we love soccer - need to know the brain effects

Jeff Astle - hero of West Brom has suffered brain damage. One assumes that heading the ball is not good for your health.
hopefully changes in rules to youth soccer and training come to avoid similar endings.

this could have been good

this could have been a good podcast (what an interesting topic!) but was completely ruined with the dramatic music and a load of pseudophilosophical jibberish that was absolutely unnecessary and was only making this sound cheap.

Excellent explanations of a complex issue. Wonderfully narrated by the author with incredibly emotive interviews. Highlights the important topic of brain injury stemming from trauma. Interesting to anyone with a love of football or, like me, interested in brain trauma. Brilliant.

I appreciated the research that had gone into bringing this multifaceted issue to our attention. Having multiple viewpoints ensured that the message encompassed the maximum number of the listening public. The writer's storytelling made it humane and touching. And, for a medical condition with such a devastating prognosis, the story left me with hope that this is something we can stop dead in its tracks. Just do one thing.

CTE. what a frightening thing

This is an informative story that anyone with children in contact sports should listen to.

Please note: Audible posts reviews at its discretion. All the submitted reviews become the property of Audible.com as set forth in our Conditions of Use. In most cases, reviews will be processed for display in one or two days.