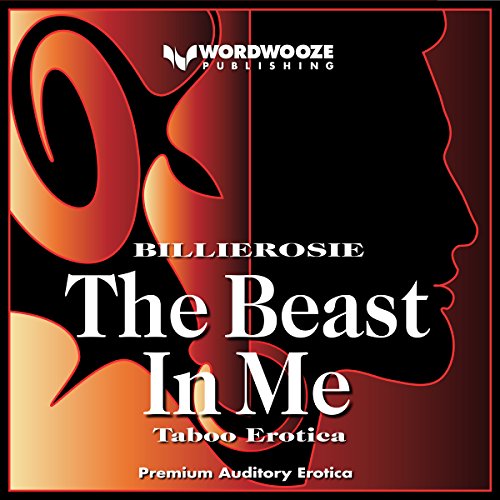 The Beast in Me

By: billierosie
Narrated by: Jazmin Kensington

Our sexual proclivities are an enigma. We have them, we know that they are there; we hide them, we keep them secret - sometimes we act on them. We cannot talk about them - no one would understand. We feel heated shame. We block feeling, turn away from feeling; we do anything not to feel. We crush the horror of the terrible deed that the little voice inside our head bids us do. Freud tells us that repressing feeling will amount to neurosis - Jung says pretty much the same - the repressed will bubble to the surface in one way or another - it will find a way out.

It will find its voice and it will demand to be heard.

The two stories presented here delve into the idea of what happens next. What do you do - where do you go, after crashing and smashing your way through the final taboo?

If you know Homer's story, you will know that the monster is proof that Queen Pasiphae was indeed guilty of a terrible perversion.

And my own tale "The Beast in Me", the taboo ever present in Daisy and Noah. They are lovers, besotted with each other; besotted with a terrible secret. They break man's law and God's law too.

Sensitive listeners should be cautious, especially if easily offended.

What listeners say about The Beast in Me

This is a tough one

I’m not sure what I just listened to. I’m kind of confused about this one at the moment. It started fine had a few too many drinks then ended. Good narration from Jasmin. I think it’s a suck it and see for most people.

Taboo for even the brave

This book is 2 tales. The first of Noah and Daisy and how, upon meeting online, discovered they shared a desire for the probably one of the most forbiddens amongst forbidden.

The second is a myth of how a queen was made to bare a half man, half bull.

While I found the myth more palatable merely because it was a myth, even the first tale was well written and though taboo, I could feel the struggle was real for them.

Jazmin Kensington is a great narrator. I think this might be my first by her and although she is more of a story teller than a vocal performer, her style was great for this type of book.

A look into beastiality

While the subject matter was very taboo, these two short stories were well written. The author did an excellent job developing the very detailed and graphic encounters that took place. The narrator delivered a flawless performance as well.

What's past "open mind"? Make sure you have that!

"Let's not be fragile about semantics. Buggery will happen. Buggery and bestiality."

There is having an open mind when going into a book, then there is what you have to do for this one, which is whatever comes 10 miles down the road from 'open mind'. I wasn't overly shocked because I had heard about this book and knew what I was getting in to, but there were still moments where I was thinking "oh, we're going there, are we...?" And might I add, that title is not the euphemism or metaphor I thought it was before I started the book.

As far as the book itself, it is divided in to 2 different stories. I felt like it would have flowed better had their order been reversed, and the Greek tale was first. It seemed anticlimactic to have that one closing out the book. I feel like it would have been a good lead-up to the other story, especially because it was referenced during it. I didn't feel like either story was about love and romance, and I'm not sure if that works in the books favor or not. On the one hand, I felt like it was missing something needed, like romance, but on the other hand, I feel like I'm glad it didn't go there.

Overall, it was okay. It will definitely not be for everyone. In fact, will be for almost no one. But if you're feeling open to new things, and have absolutely no boundaries, you might give this one a try.

A journey into the forbidden.

Billerosie takes her readers on a journey into the taboo in this book. While this will certainly not be eveyone's cup of tea, these are wonderfully written stories with great character development and graphically described scenes that draw the reader in and allow them to see something raw and forbidden.