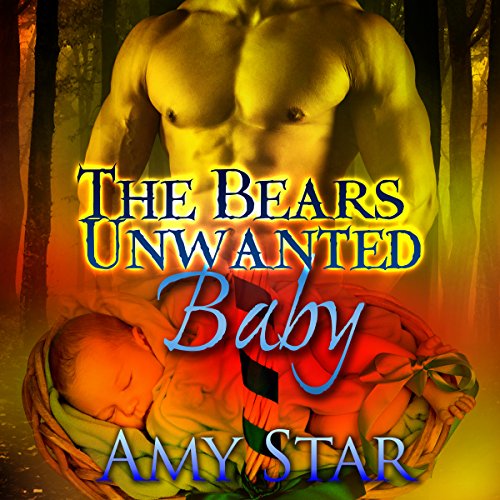 Getting knocked up after a one night stand was not part of Julia's life plan. But sometimes you have to take what life throws at you, and now she plans to be the best mother possible to her son, Cody.

One thing Julia did not know was that her previous lover was actually a bear shifter named Shane. With no way of contacting him, she assumed she would never see him again; and she also assumed that he would not want the baby anyway.

Now the baby is here, and Shane has tracked her down. Could the bear's unwanted baby possibly be a lot more important than Julia ever realized?

What listeners say about The Bear's Unwanted Baby

This book was cheesy. Even more so was the distracting voices of the male leads in this narration. Do yourself a favor and listen to a sample first.

just pass this one by

I did not like this book. I should have returned it after the first or second chapter. I felt it was written by a 12 year old in the third person everything is predictable . very unsatisfactory read

Couldn't handle the narrators voice. For someone who just had a baby she made the main character sound like a valley girl from 90210. There wasn't much pitch difference between the female and male voices. Listen to a sample before you buy so you don't waste a credit like I did.

The narrator's voice was irritating. The story was OK but didn't hold my interest. The concept was good but has been done before about werewolves.

When I read this book the story is very interesting, but when it in audible the voice put you to sleep very bland

Title: The Bear's Unwanted Baby
A Paranormal Pregnancy Romance
Author : Amy Star
Narrator: Everly Rose
Reviewer: Stephanie Jordan
#Paranormal  #BearShifter #WolfShifter
•••••••••••••••••••••••••••••••••••••••••••••••••••••
I love this , (NEW way to me ) I can read it or listen to it. This is GREAT!  I was hooked from the beginning, in fact I really loved it.
Ms. Star writes amazingly page after page, I was glued and couldn't put this ebook down. It has everything in it. Betrayal, Jealousy, Revenge, Sacrifice, Love, Honesty and Steamy Hot Sex. BUT NEVER WAS THE BABY UNWANTED!!!
Julia life took a twist she wasn't ready for,
hiking and pitching a tent in the woods by her uncle's cabin, so she could unwind was great, meeting Shane was phenomenal plus the best sex she's ever had, then he was gone. Going home to her roommate,
Sarah Maine who was her best friend since they went to Symhurst College. When Cody came Julia and Sarah's life seemed complete. They even moved to Julia uncle's cabin, yes everything was beautiful.....But then Shane came knocking..
I was gifted this ARC for an honest and truthful review.