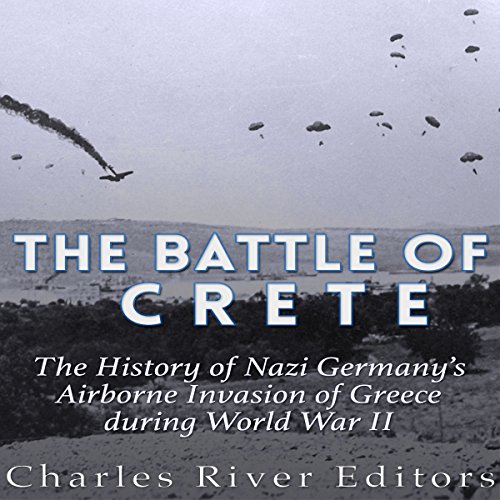 The Battle of Crete

In 1941, with the dark star of Nazi conquest in the ascendant over Europe, German Fuhrer Adolf Hitler continued seeking fresh ways to expand the Third Reich's domains. Two strategic issues occupied Hitler's immediate attention: dealing with Britain and the Soviet Union. Hitler and Goering disagreed fundamentally on the next steps to be taken, and Hitler's ideas naturally won out over the Reichsmarshal's objections.

Goering favored a direct attack on England and conquest of the British Isles as the next step to ensure the security of Europe. After conquering the English, the Germans would deprive the Americans of a European base from which to counterattack when they entered the war. The Third Reich could spend several years building up and creating new weaponry before tackling the Soviet Union.

Hitler, on the other hand, wished to leave the British at least quasi-independent, and strike at their peripheral holdings, such as remaining portions of the British Empire, to induce them to sue for peace before the United States joined the conflict. Hitler always planned a treacherous attack against the Soviet Union, his ally in 1939, 1940 and early 1941 thanks to the secret Molotov-Ribbentrop Pact, but Soviet dictator Josef Stalin's actions induced the Fuhrer to move up his timetable for anti-Soviet action drastically.

The Third Reich and USSR cooperated in conquering, dismembering, and plundering democratic Poland. The Soviet Union also negotiated for some time to become the fourth Axis member, alongside Germany, Italy, and Japan. However, Stalin launched unilateral aggression against Finland and seized Latvia, Lithuania, and Estonia, plus part of Bulgaria.

While Hitler, alarmed at this, offered India and Iran to the Soviet Union, The Soviets responded firmly that they wanted the Balkans. This potential advance westwards into Europe by the communist dictatorship raised Hitler's suspicions to an even higher pitch. The Soviets also annexed parts of Romania, threatening Hitler's oil supply. The Fuhrer, seething at the treachery of the dictatorship his own dictatorship meant to betray, declared privately to his top generals: "Stalin is clever and cunning, […] He demands more and more. He’s a cold-blooded blackmailer. A German victory has become unbearable for Russia. Therefore: she must be brought to her knees as soon as possible." (Shirer, 2011, 788).

Hitler believed the liquidation of Russia would likely also frighten the British into a negotiated peace. However, before attacking the USSR, Hitler wanted to secure the Balkans and Greece to protect his flank. In particular, he wanted to ensure that the British could not land an army from North Africa to threaten the Wehrmacht's advance into Russia. Accordingly, he gave Mussolini his assent for an Italian invasion.

Mussolini's farcical army – ill-trained, ill-equipped, and led with a startling purity of incompetence – attacked Greece out of Albania and, despite its huge numbers, suffered a swift and stinging defeat at the hands of the Greek army. Accordingly, the Wehrmacht invaded, taking the Balkans and Greece in just three weeks. British, Commonwealth, and Greek troops evacuated to Crete, and thus set the stage for a Nazi invasion of the island – one involving the first mass deployment of paratroopers in history.

What listeners say about The Battle of Crete