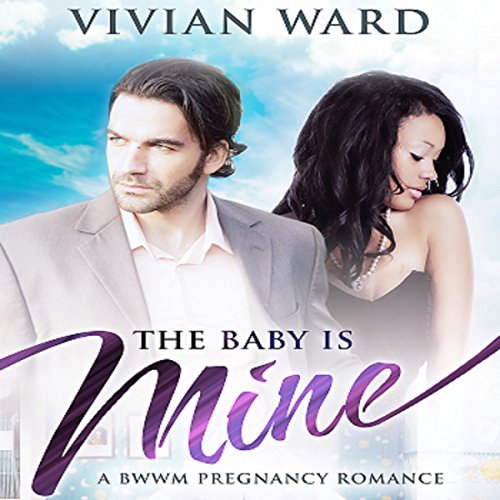 The Baby Is Mine

The Baby Is Mine

Dealing with you isn't easy, Blake Adams! You're a pain in the ass! If it weren't for the money, I would've never agreed to do this, especially not with you!

The only thing that mattered to me was having the baby that my late wife and I could never have. I shouldn't have let the surrogate agency talk me into using Tasha Williams, but she was my only option - or so they said. But now, I've got a black baby that should have been born white. Tasha may have duped me, but I'm not letting her off the hook. The contract says the baby is mine and there's nothing she can do about it.

When I found the surrogate ad, all I wanted to do was make some quick bank to move into a better neighborhood with my four-year-old daughter, Nikki. Now I've got a baby that I want, with a piece of paper that says I can't have him. But I promise he will be part of our lives - contract or not. And be claimed by Blake Adams? He better not count on it.

The Baby is Mine is a complete, standalone BWWM romance novel with no cliffhanger. It contains some intense, steamy scenes and is not recommended for listeners under 18. What about a happy ending? You'll have to listen to find out!

This story had a slightly different concept. A white widower male hires a surrogate female to carry he & his late wife's fertilized egg. The only surrogate avaliable is a black female which gives the widower pause but knowing science allows him to give her the contract to carry his embryo... However, due to his late wife's condition (cancer) the egg it fragile and breaks down in the surrogate's womb leaving the widower's sperm to find another egg. When the surrogate give birth (early birth) to a black baby, the widower feels that he has been conned or cheated. After everyone finds out what happens, the widower decides to be logical and figures out a solution. To make one family. This concept to forcing a people to become a family was interesting.Which is the reason I gave it 4 stars. There was 2 sex scenes that were slightly graphic. I felt sad for the widower. He just wanted a child. He made the best out of what he was handed. I was on the fence about this story. It was logical but, so unrealistic. I appreciate the level of detail given to explain the medical procedure & actions taken. If you like this type of romance then it is worth a credit/money. If not then flip a coin. Personally I enjoy any story when the male accepts the step children as thier own.. There are very sweet parts in this story.

I received this audio by the author for an honest review (I would rate this 4.5 stars)

Even though I was curious, I enjoyed listening to the audio book--it was clear and pronunciation was concise. This storyline held my attention, which I listened to in one sitting. After hearing the story, it may make you feel sad, confused, appalled, and even euphoric. This is the first time I listened to an audio book, and the narrating was well done by Sophia Lovegood and the storyline was well written by Vivian Ward. Two negatives I have about the audio is that the person narrating tried to distinguish between a man and woman's voice, which she managed. Not knowing how this works, but I think if this was done by two people--man for Blake for a deeper voice and woman for Tasha and others--it would have been more entertaining--like watching a movie. The other, I think the book rushed too quickly towards the end. Blake Adams thought he was going to get a baby from his deceased wife's eggs from the surrogate he hires, Tasha Williams, but when Tasha delivered the baby, the events divulge a surprise that Blake did not see coming. Will Blake sue Tasha? What will Blake's family say? After Blake turns alpha male on Tasha, will the chemistry between Tasha and Blake grow more potent the more time they spend together? The audio book will pique your interest and draw you in from the beginning to the very end.

A good story, but not believable. I would have liked for the narrator to change voices when reading the man's part and woman's part.

I loved this in print, this just gave it life!!

This book was received free for an honest review from the author. When I read the characters have a "voice". This book has the same voice I had. Loved the tone and narrtors voice for this book. THROUGHLY ENJOYED!! LOL funny!

The Baby is Mine by Vivian Ward
I received this audio book from the author for an honest review.
This book was something totally different. I haven’t read a book like this ever, so I was really intrigued to see what happened. I would almost call this a enemy to lovers story after listening to the backstory of the two main characters Blake and Tasha.
Blake is kinda a major douche bag. I mean I feel bad for the dude because his wife did die and he was paying big money to have her embryo implanted into a surrogate. He is hoping to have a little bit of her after she is gone.
Tasha is a single mom who is looking to get some money to help get her and her daughter out of a bad living situation. Tasha is a sweet but yet stubborn chick who is not thrilled with her surrogate father.
Blake and Tasha have to come to the terms of a child that shouldn’t be yet is. When White Blake’s child is born black, he is stunned. Tasha, who is his black surrogate, doesn’t understand what in the world happened. I mean she didn’t do anything wrong and yet the baby isn’t white.
The couple fight and argue but then Blake strong armed Tasha into moving in with him. The couple struggle with the new dynamic of THEM as a family plus adding in her daughter to the mix. They are dealing with is family and how they can make this work. They suddenly start to feel an attraction to one another, and both wonder if love is possible. Watching this interracial struggle to make it work was a good read.

this book was not really good nothing romantic about it. they made her skin color like a burden on everything. this is not a romance book