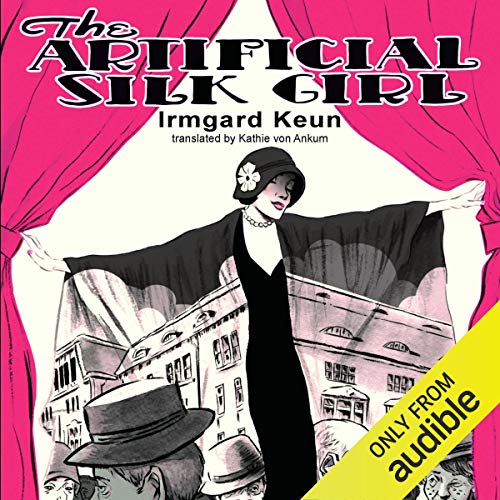 In 1931, a young woman writer living in Germany was inspired by Anita Loos's Gentlemen Prefer Blondes to describe pre-war Berlin and the age of cinematic glamour through the eyes of a woman. The resulting novel, The Artificial Silk Girl, became an acclaimed bestseller and a masterwork of German literature, in the tradition of Christopher Isherwood's Berlin Stories and Bertolt Brecht's Three Penny Opera. Like Isherwood and Brecht, Keun revealed the dark underside of Berlin's "golden twenties" with empathy and honesty. Unfortunately, a Nazi censorship board banned Keun's work in 1933 and destroyed all existing copies of The Artificial Silk Girl. Only one English translation was published, in Great Britain, before the book disappeared in the chaos of the ensuing war. Today, more than seven decades later, the story of this quintessential "material girl" remains as relevant as ever, as an accessible new translation brings this lost classic to light once more. Other Press is pleased to announce the republication of The Artificial Silk Girl, elegantly translated by noted Germanist Kathie von Ankum, and with a new introduction by Harvard professor Maria Tatar.

What listeners say about The Artificial Silk Girl

The american accent and mispronounciation of german words was really distracting. Also it was very unclear when the narrator was reading a passage from a new day. There was no pause to indicate. Story was interesting, reminded me of the Louise Brooks film Diary of a Lost Girl, but from a womans POV instead of Pabst's slight misogyny.