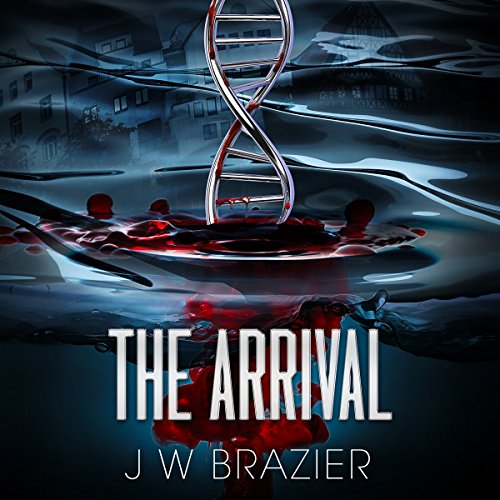 By: James W. Brazier
Narrated by: Elliot Schiff
Try for £0.00

Beneath a cloak of darkness and mystery, it has arrived

With the winds of war fast approaching, an unscrupulous archaeologist finally finds the remains of the man he's been searching for, unwittingly releasing an ancient evil on the world.

In a secret lab, top-level medical scientists work together to harness the power of previously unheard of DNA manipulation. When the project finally comes to fruition with the birth of a specially designed baby, it just as abruptly comes to a bloody halt. The facilities and nearly every member of the team are wiped out, silenced forever ... almost.

The small town awakens one morning to find itself ground zero of a joint UN-US terrorist training exercise. Residents face martial law, a cashless economy, and a host of ruthless leaders seemingly bent on making the maneuvers more than just a military operation. Outraged citizens begin to rise up and fight back, but it soon becomes clear that something evil has arrived in White River .

What listeners say about The Arrival

What was most disappointing about James W. Brazier’s story?

A nauseating mix of right wing US politics, religious clap trap and pro life intolerance permiates this book. It is a clumsy and very unsubtle attempt by the author to advance his world view; god is real (the Christian one that is) and Islam is the work of the devil... Thank goodness FBI Agent Rashid has begun to see the beauty and truth of the Bible and the flaws in the Koran. Just glad it's over...

Be prepared for alot of religion and politics

What disappointed you about The Arrival?

It felt like more than half the book was taken up by complaints about the liberal government and religion. The prepurchase description didn't provide any clue that was really the majority of the book. The underneath story line that I was expecting was buried.

Would you ever listen to anything by James W. Brazier again?

Which character – as performed by Elliot Schiff – was your favorite?

They were all similiar

Perhaps the worst Audible Boek. Ever

What would have made The Arrival better?

The removal of all political and cultural misrepresentations.

Would you ever listen to anything by James W. Brazier again?

He had no material to work with.

What character would you cut from The Arrival?

Most novels promote a politial/cultural point of view. This was so over the top that it was nearly intolerable.

I hope that there is a sequel soon!

it starts our slow than it bounces around a little, so you have to remain patient and then the tory line starts to make sense. Then you are hooked but the ending was cut short and you wanted more.