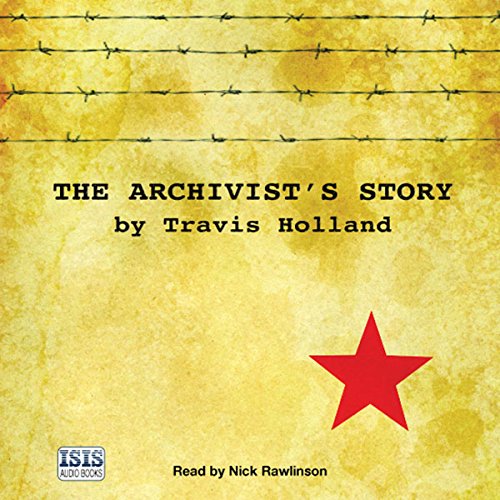 Moscow, 1939. In the recesses of the infamous Lubyanka prison is the writer Isaac Babel. The great author of Red Cavalry is spending his last days forbidden to write, his final works consigned to the archivist, Pavel Dubrov - who will ultimately be charged with destroying them.

Pavel, a former schoolmaster and lover of literature, a reluctant minion in Stalin's system, makes a reckless decision: he will save the last stories of the writer he admires, whatever the cost. Pavel's daring in the face of a vast bureaucracy of evil invigorates a life that had slowly lost its meaning, even as it guarantees his almost certain undoing.

"Quietly devastating....The book captures the stark chill of totalitarianism better than anything since 1984." (The Times)
"Quiet, understated....Pavel's story is told in uninflected prose, as if embellishing the harsh, despairing world the characters inhabit would somehow be morally false. The simple style makes its flashes of eloquence and somber imagery even more startling." (Time Out London)

What listeners say about The Archivist's Story

Profound, but you must be prepared for it

If you could sum up The Archivist's Story in three words, what would they be?

Profound and memorable. My first take of the book really did it no justice as I was rushed and listening in the car. It's simply not good for that - in traffic, the book seemed thin and I was impatient with it. But at home, prepped for a listen and with the phone turned off, I found the book amazing and addictive. It is indeed slow in its pacing, but that is by design. It gradually carves out a space in you and fills it with ache, one gentle layer at a time. I rarely mark books for a second listen in a few years time. This one made the list.

What does Nick Rawlinson bring to the story that you wouldn???t experience if you just read the book?

The perfect reader for this book. It is the voice I imagine when I see the words (I saw the book in a store before I got the audiobook).

Isaac Babel is one of my favorite authors, and I'm very familiar with the historical time and place in this book. I was looking forward to the story, but unfortunately there wasn't much story to tell, although the narrator tried to make one by reading very, very slowly with dramatic pauses unjustified by the text. It takes more than a series of barely related incidents, no matter how historically accurate, to make a novel.