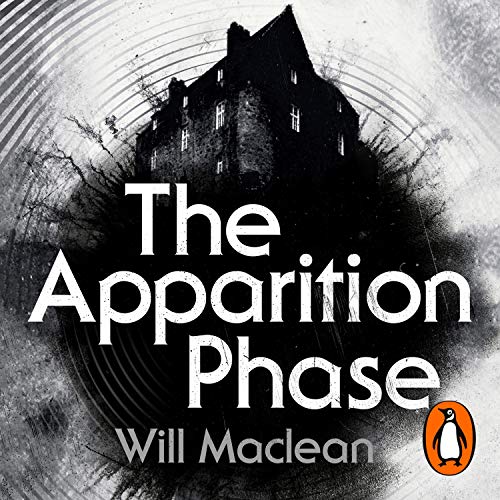 By: Will Maclean
Narrated by: Theo Solomon
Try for £0.00

Tim and Abi have always been different from their peers. Precociously bright, they spend their evenings in their parents' attic discussing the macabre and unexplained, zealously re-reading books on folklore, hauntings and the supernatural. In particular, they are obsessed with photographs of ghostly apparitions and the mix of terror and delight they provoke in their otherwise boring and safe childhoods.

But when Tim and Abi decide to fake a photo of a ghost to frighten an unpopular school friend, they set in motion a deadly and terrifying chain of events that neither of them could have predicted and they are forced to confront the possibility that what began as a callous prank might well have taken on a malevolent life of its own.

An unsettling literary ghost story set between a claustrophobic British suburban town and a menacing Suffolk manor, The Apparition Phase is an unnerving novel, which, like all the best ghost stories, pushes us repeatedly over the line between rational explanation and inexplicable fear. It asks us to consider what might be lurking in the shadows and questions what is real and what is simply a trick of the mind - and whether there's really a difference between the two.

"A delight for both the expert and the uninitiated, this creepy tale is a carapace of cosy nostalgia wrapped round a solid thread of dread.... A page turner that keeps you in dreaded suspense of what you are about to be shown.... A claustrophobic and entertaining read that left me breathless.... Horror for the connoisseur." (Alice Lowe)

What listeners say about The Apparition Phase

Impossible to listen to...

I don't know who directed the reader, but i don't think it could have been read any slower, audible should have a setting where you can speed up the playback, at least as long as idiots like this continue reading their books.

The narrator ruined it

There were points in this book where I actually got caught up in what was happening, but the narrator was so awful that I had to stop listening regularly just to get away from his voice. Who chose such a dead, flat, emotionless, slow, boring narrator? He went on and on, and on, and on... In the end, though I did manage to listen to the whole audiobook, my brain chose to selectively forget most of it the moment it was finished. The book - trying very hard to ignore the narrator for a minute - was nothing spectacular. I didn't find it creepy or unsettling. An average book... done to death by an awful narrator.

loved it .Especially the ending ,so different .A most enthralling story.i would recommend it

I think there are some decent ideas hidden among this overwritten, overhyped book. The 70's hauntology references seems to be just thrown in randomly to appeal.to a certain type of reader without adding anything to the story. I really struggled to make it through and finally gave up after the first two parts as very little had actually happened. The narrator does their best but cannot elevate this book. Very disappointed.

Fantastic story, highly recommend! Don’t let the slow narration put you off, I listened at 1.3 speed and it sounded perfect!

Make you're own mind upcxd

From reading the other reviews I was expecting a train-wreck of a production. After taking a chance, I was happily surprised and thoroughly enjoyed both the narration and the story it told.

A parson's egg. Good in bits.

There were elements of the story that were genuinely creepy. But ultimately, it was a mixture of real originality and leaden cliche.

It felt like there were several novels fighting to be written. However, saying all that, there were some really enjoyable scenes, and I found the description of the early '70s convincing.

I don't know who the narrator is, but I have to say that I concur with the statements given by many of the other reviewers.

I had high hopes for this book, as I had heard good things, but was unfortunately disappointed. The most intriguing element of the story is abandoned early on, to make way for an increasingly ludicrous haunted house tale. The writing is pretentious and lazy. The narration is rather distracting, with some strange accent choices made to differentiate between characters - a teenage girl is left sounding like an east end gangster; and the voices chosen for posh characters are cliched. There are also a few mistakes in the narration, with mispronouncuations which are jarring.

I really enjoyed the story, it was well written, creepy and entertaining. I found the narration really annoying. He made some bizarre choices for different character voices - like he was so desperate to differentiate he went really over the top. One 17 year old boy sounded like Zippy from rainbow, and a girl like a Victorian street wench. Very distracting - I’d recommend reading rather than listening