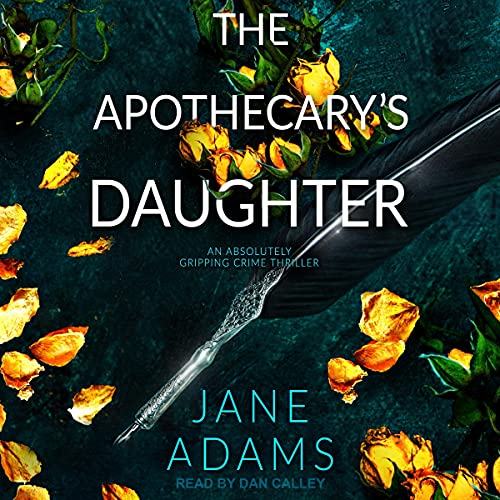 Two shattered lives. Centuries apart. Bound by a secret that could kill them both.

One February afternoon, Detective Ray Flowers' life is blown apart by a petrol bomb attack. No one can tell him who did it. Or why. Anchorless and alone, he moves to his aunt's country cottage. What he needs is perspective.

But the past isn't done with him yet.

Instead, he is tormented by visions of Kitty Hallam, a troubled young woman accused of witchcraft. Back in 1643.

Is she a figment of Flowers' imagination or something more?

Whatever the truth, Flowers can't help but be drawn into Kitty's world, sensing their stories are intertwined somehow.

But will their unlikely connection prove to be Kitty's undoing?

What listeners say about The Apothecary's Daughter