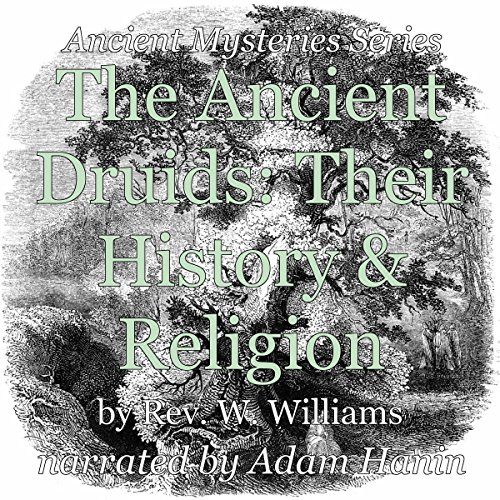 Centuries before whisperings began, of secret knowledge being handed down from the ancient Greeks, through shrouded fraternities such as the Rosicrucians and Freemasons, the Druids were slowly and steadfastly creating priests and philosophers of their own, akin to the Brahmans of India, the Magi of the Persians, as well as the hierophants and scholars of what would eventually become known to the world as the Western Mystery Tradition.

Fascinating. Dense with information about the druid history. The druids seem a mysterious group, it is surprising that they are not included in mainstream education regarding british history, considering they were so influential and central to ancient culture. I will definitely be giving this audio another listen and I will be seeking out some more in depth reading material about this enchanting subject.

Wish it was longer but was fully in love with the people and history. Also wish i could find the book of druid philosophy it referred to, something about audible is you can't see the word and it's spelling when it's new to you.
Fascinating spiritual informal within as well.

A short book with even less actual information.

With slightly less than 2 chapters of information in a 5 chapter book it could have been much shorter than it already was. The narrator was so enchanted with his own voice that the experience was completely impersonal as a listener. Like a poor Actor reading a script for the 1st time it was painfully obvious he was reading and not speaking to the listener. I will end up buying a book on druids and reading it for myself, but certainly not this one.

Enjoyed the view and history of Druids

If you could sum up The Ancient Druids in three words, what would they be?

A group so common yet in many backgrounds this is seen as some dark religion. The work allowed for the path of religious development and removed the mystery and opened a better understanding of the quality of the people. The knowledge of the people and priesthood is so much more beautifully presented.

Good recording. He has a deep voice tone and clear enunciation. Read with excitement to present the historical data.