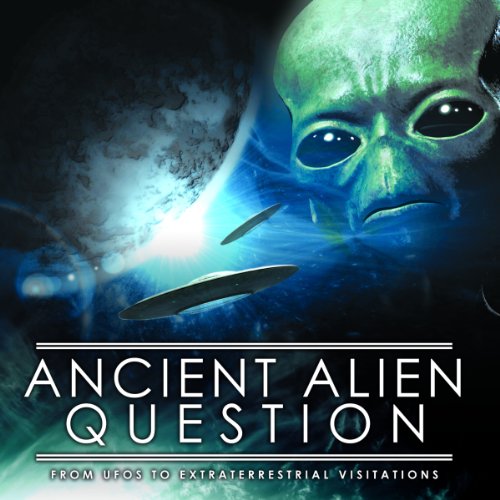 Have we been visited by extraterrestrial beings? Did these "Ancient Aliens" contribute to the birth of human civilization? Do our ancient monuments contain evidence of their presence? Join Philip Coppens, star of the History Channel's Ancient Aliens series as he reveals an array of astonishing truths about our history, including a radically different understanding of the pyramids and how they were constructed. Explore the origins of crystal skulls and how they were found. Learn the extraordinary stories behind monuments such as the Nazca Lines and Puma Punku, and who built them.

Analyzing the latest historical and archaeological evidence, Philip Coppens provides substantial proof that extraterrestrials came to Earth millennia ago. Learn of the considerable evidence of their presence on earth, and how our ancestors were far more technologically advanced than currently accepted, and that certain cultures interacted with non-human intelligences. Forty years after Erich von Däniken posed these questions in Chariots of the Gods, this presentation provides clear and concise answers to the greatest historical enigmas.

"Startling research, the evidence is overwhelming." ( Flatlands)
" The Technology of the Gods indeed, the machining and precision of the Puma Punka ruins is mind blowing." ( Mindscape)
"Highly compelling and entertaining." (Nick Pope, former UFO investigator for the UK Ministry of Defence - the real Fox Mulder)

it details other interactions within history. things to look at, but I do wish that it was longer.

this book was horrible...no stance was taken by the author...the narrator was almost unbearable. don't waste your money or a credit on this piece of garbage