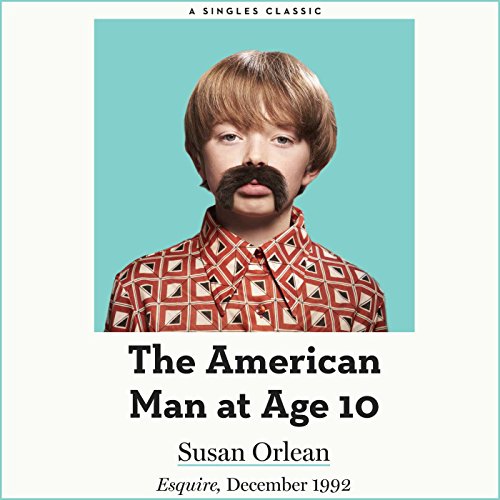 The American Man at Age 10

The American Man at Age 10

He is old enough to begin imagining that he will someday get married, but at 10 he is still convinced that the best thing about being married will be that he will be allowed to sleep in his clothes. His father once observed that living with Colin was like living with a Martian who had done some reading on American culture. As it happens, Colin is not especially sad or worried about the prospect of growing up, although he sometimes frets over whether he should be called a kid or a grown-up; he has settled on the word kid-up.

In her classic 1992 Esquire cover story, "The American Man at Age Ten", best-selling author Susan Orlean takes listeners inside the mind of an ordinary 10-year-old boy and attempts to see the world the way he sees it: short on girls but full of pizza, candy, and Nintendo - and shot through with the fleeting magic of childhood.

"The American Man at Age Ten" was originally published in Esquire, December 1992.