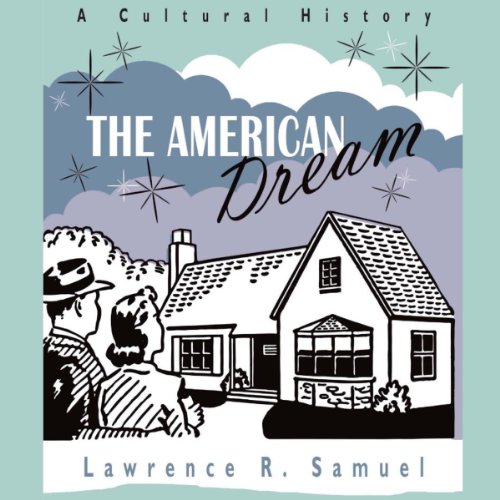 There is no better way to understand America than by understanding the cultural history of the American Dream. Rather than just a powerful philosophy or ideology, the Dream is thoroughly woven into the fabric of everyday life, playing a vital role in who we are, what we do, and why we do it. No other idea or mythology has as much influence on our individual and collective lives. Tracing the history of the phrase in popular culture, Samuel gives readers a field guide to the evolution of our national identity over the last eighty years.

Samuel tells the story chronologically, revealing that there have been six major eras of the mythology since the phrase was coined in 1931. Relying mainly on period magazines and newspapers as his primary source material, the author demonstrates that journalists serving on the front lines of the scene represent our most valuable resource to recover unfiltered stories of the Dream. The problem, Samuel reveals, is that it does not exist; the Dream is just that, a product of our imagination. That it is not real ultimately turns out to be the most significant finding and what makes the story most compelling.

The book is published by Syracuse University Press.

"Larry Samuel takes us over the landscape of the American Dream... A compelling study of how we have made ourselves through an idea that no one can completely define but everyone wants a piece of." (Kenneth Lipartito, Florida International University)
"Samuel's book provides a must read for anyone wishing to know how the changing face of the Dream has informed politics, everyday life and even the nation s identity itself." (Lary May, author of The Big Tomorrow: Hollywood and the Politics of the American Way)
"Samuel has provided a fascinating survey of our culture and character, documenting that always elusive definition of just who exactly we really are as a people." (John Zogby, author of The Way We'll Be: The Zogby Report on the Transformation of the American Dream)

What listeners say about The American Dream

I received a copy of this book in exchange for an honest review. The story/subject is very interesting. The American dream has gone through many evolutions over the years and it's interesting to see who changed it how. As a culture we "hang our hat" on this phrase but I wonder how many of us really know it's history. What I liked least was the narrator's cadence or rhythm of speech. His words were clear and easy to understand, but the natural rhythm of his sentences was way off. There was no movement in pitch or tone, just flat reading. It distracted me very much.

What other book might you compare The American Dream to and why?

I'm not sure on this one. It's the story of one of our most iconic cultural standards so I imagine any other title on American culture.

Would you be willing to try another one of Claton Butcher’s performances?

No, not at this time.

Did The American Dream inspire you to do anything?

I can't say I was inspired but I did learn a lot.

It's very possible the narrator's style would not bother another listener. All I can say is check out the sample and decide for yourself.